Is Mental Illness a Risk Factor for Child Abuse and Neglect in NJ? 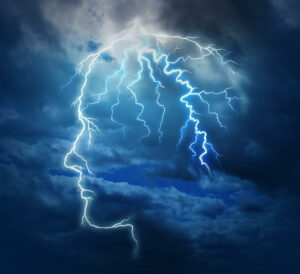 Recently, Kaiser Family Foundation, a non-profit organization, revealed that 16.4% of New Jersey adults suffered mental illness between 2018 and 2019. Since then, the pandemic increased those numbers for certain mental health conditions, namely anxiety and depression. When mental health issues dominate a person’s life, an entire family, maybe even a community as a whole, can suffer. For example, children suffer from neglect and abuse when parents cannot tend to the basic needs of themselves or their children, or they suffer uncontrollable urges that lead to physical or emotional violence or substance abuse.

But not all mental health problems are equal. Mental health issues range from slight depression to life-threatening illness. It can come in episodes of psychosis or be constant, as in chronic depression. Whether slight or severe, mental illness can affect a person’s emotional, psychological, and social well-being. Conditions like anxiety, schizophrenia, personality disorders, and the like can plague individuals and those around them. Those who have been previously placed under extreme stress or have a history of trauma may be more susceptible to chronic or episodic depression, psychosis, or suicidal ideation. And stories about parents who kill their children under psychotic breaks or delusions about the safety of their offspring are familiar. Some homicides occur after sustained abuse, also due to psychosis or substance abuse.

And psychologists, psychiatrists, and social workers know that chronic mental health issues like clinical depression may deprive children of regular engagement with other children, participation in school functions, or community engagement, as depression causes low energy and isolation in some sufferers. Thus, professional medical and social workers regard mental health as one cause of neglect or abuse. For example, the Department of Child Protection and Permanency defines neglect as failing to provide essential physical, social, cognitive, and psychological contributions to a child’s healthy development, like nurturing, love, security, and praise.

Some parents’ mental health problems impact their children’s mental health enough for educators, medical professionals, or neighbors to notice and report neglect or abuse to the authorities, who notify the Department of Child Protection and Permanency (DCPP). When DCPP gets involved with a family, they investigate child neglect or abuse. They measure abuse by the parent’s or parents’ ability to give their children necessities, such as food, clothing, shelter, medical attention, and psychiatric treatment. Child abuse consists of a parent’s mental, physical, social, or psychological damage to their children. New Jersey law allows the department to remove a child when the health and safety of a child outweigh the child’s best interests in remaining within the family.

Initial Stages when a Parent is Suspected of Mental Health Concerns

When DCPP receives a report of child neglect or abuse, the agency investigates the family. The DCPP process includes the report or intake, the initial investigation and evaluation, family risk assessment, case plan, services provision, periodic family progress assessments, and case conclusion. At the initial stages, DCPP typically interviews parents, children, and other household members. They may review counselor, teacher, medical, or police reports to document physical or emotional abuse. In an initial encounter after a report of abuse, the department decides whether to immediately remove a child from a dangerous environment, placing them with relatives, ideally or in foster care. They may place a child with one parent or the other if one parent endangers the children and the other is the victim of domestic violence. But it depends on the fitness of the abused parent to safely care for and protect the child.

Soon after a placement decision, DCPP files their complaint in family court to authorize placement, bring the parents before the judge, and present a plan for reunification of the family, if appropriate. Parents with violent psychosis, perhaps stemming from untreated schizophrenia or bipolar disorder, may not ever be considered safe enough to maintain custody of their children. Their history may show they refuse medical treatment or go off their medication frequently, leading to episodes that threaten their children. However, the initial Order to Show Cause and Complaint is the first court hearing to start protecting a child.

The initial hearing may be brief and may not include the parents. It may be emergency protection to remove and place the child. The preliminary hearing that follows within two days is more expansive, allowing parents and the department to bring evidence, including witnesses, to establish placement, visitation, and other matters concerning children and family welfare. Other hearings include the trial or fact-finding, dispositional, review, and permanency. Since not all mental health illness disqualifies a parent from retaining custody of their children, the DCPP and the court review the mental health conditions that affect a person’s ability to parent. The court considers if the parent’s mental illness causes them to neglect a child’s essential needs, causes aggressive behavior or self-harm, creates an unsafe environment, or disables a parent from functioning without help.

Only mental health issues that affect a parent’s ability to safely caretake children can cause them to lose custody of their children. However, if necessary, mental health disorders treatable by therapy and medication are not likely to cause custody loss if the ill parent is not dangerous or neglectful. If applicable, parents who follow a DCPP plan, including the directive to get counseling, take prescribed medications, enroll in a rehabilitation program, and maintain good health, are more likely to have their children returned to them. And the opposite is also true. Those who cannot consistently attend therapy or maintain their health may have their children permanently placed elsewhere.

Can DCPP Permanently Take a Child if their Parent is Mentally Ill in New Jersey?

Though a diagnosis of mental illness alone is not enough to lose custody in a DCPP case, it does play a part in the whole picture of safety and protection. Child protective services can take your child for documented and reported physical, medical, or sexual abuse, abandonment, child neglect, drug abuse, environmental dangers, and poor care. In the manual for DCCP, a supported finding to temporarily or permanently remove a child rests on clear evidence of the child’s age and abilities to provide self-care, environmental dangers due to the child’s age or developmental stage, a child’s physical needs, the child’s mental capacity, lack of food, inadequate shelter, a parent’s severe mental illness, violence, criminal activity, sexual abuse of siblings, and the inability of a parent to get the help they need.

At the initial hearings, a parent accused of abuse or neglect needs an experienced, aggressive defense attorney who is highly familiar and adept at handling DCPP proceedings. DCPP generally submits its case investigation findings, reports, and evidence to advocate placing a child in alternative conditions or their proposed resolution. They may present proof of a single episode or a pattern of abuse or neglect. Their recommendation typically rests on interviews and reports of others. They may have a mental health professional expert to back their placement recommendation. As a parent at risk of losing their parental rights, you need to do everything in your power to contest these allegations.

A qualified attorney can cross-examine and discredit a professional medical expert who concludes a parent is temporarily or permanently unfit to parent a child with or without supervision safely. Your DCPP lawyer’s job is to examine each episode or aggregate acts of abuse or neglect and explain, justify, or refute the evidence, if possible. In addition, they can discredit witnesses and experts to help parents enlighten the judge to their side of the story, which proves that mental health stigma and prejudicial preconceived notions harm families more than the defendant’s actions.

If you have been contacted by child protective services regarding reports of child abuse or neglect involving psychological problems, contact us right away to get the legal guidance and representation you need on your side. A skilled DCPP attorney is available immediately to assist you in a free consultation. Call (908)-356-6900 day or night if you have questions about a mental health related case.