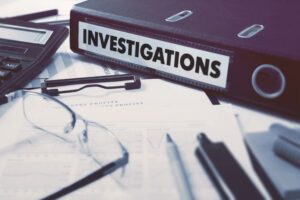 As a person accused of child abuse or neglect in New Jersey, it is imperative that you understand all of types of reports that a litigant will typically encounter in a DCPP case and how to challenge the reports. For anyone that is not familiar with child welfare matters, a typical file can become quite voluminous so it’s important to stay organized and most importantly, understand the rules and procedures concerning DCP&P reports. In a standard fact-finding or termination hearing, the contents of the report play a critical role. For many experienced trial attorneys, that does not make sense. Lawyers are taught that factual findings and judgements need to be based on reliable and trustworthy sources of evidence. To that end, reports are generally hearsay and thus, untrustworthy. However, when it comes to child welfare matters, the rules and procedures favor speed and convenience. Consequently, reports are admitted for the truth of the matter asserted. In turn, this rule allows the Division to admit a large array of reports which tend to favor their cause of action. With that said, let’s start by discussing the major types of reports utilized in a standard DCPP case.

To discuss your case with an attorney who can answer your particular questions and offer help right away, contact (908)-356-6900. Consultations are free and entirely confidential.

Reports Utilized by DCPP in NJ

There are several different types of reports created in child welfare matters and moreover, there are many collateral reports that are also utilized throughout the course of the litigation.

To begin, the most important document is the investigation summary. This report outlines in detail the entire investigation conducted by the Division. It discusses who the investigator spoke to and what that individual said. The report also provides a summary of any past cases the parents may have had and the dispositions of those matters. And lastly, it documents the Division’s findings and how they reached their conclusion.

A close second is the verified complaint. Similar to the investigation summary, the complaint outlines the Division’s investigation and any past matters that the parents were involved in. Plus, it describes why DCP&P has intervened into the family’s life. This is very important because it places the parents on notice regarding the allegations the family is facing.

Another important report generated by the Division is contact sheets. Generally, especially if the case proceeds to court, child welfare matters can last over a year, sometimes longer. During that time, the caseworker is constantly speaking to and interacting with the family. In turn, the caseworker is required to document her discussions and interactions on contact sheets.

On a related note, court reports are also very significant documents. While a case is being litigated, the court will schedule the matter for a hearing every few months. The purpose of the hearing is to review the case and gauge the progress of the matter. These types of proceedings are called compliance review hearings. Prior to the court date, the caseworker will draft a report and forward it to the Judge and respected parties. The report itself summarizes what has been occurring since the parents were last in court. Moreover, the report is also supposed to outline the Division’s efforts to assist the family and whether the family needs further services.

In addition to the reports personally prepared by the Division, there are also separate documents that tend to be utilized during the course of a case. These documents are referred to as collateral reports. Generally, the collateral material consists of medical reports, evaluations, drug and alcohol tests, background checks, and police reports. In most child welfare matters, the Division is reliant upon outside agencies to assist with the ongoing case. As a result, the outside organization will prepare reports and turn them over to the Division, who in turn, submits them to the court. For instance, if a parent is pulled over for suspected drunk driving. The officer questions the parent, asks him or her to perform some sobriety tests, requests that he or she submit a breath sample, and eventually issues a ticket for driving while intoxicated. As a part of the DWI case, the officer will prepare a police report detailing what he personally observed and what, if anything, the parent said.

Let’s further say that the same parent was driving under the influence with a young child in the backseat. The officer is required to contact DCP&P. In turn, the Division will likely open an investigation against the family. The investigator will seek to question the parents and the child as well as speak to the arresting officer. From there, the investigator will begin preparing his or her investigative summary. Additionally, the investigator will review the officer’s report and, as part of their case, include the police report as a collateral report. Furthermore, if DCP&P recommends that the parent undergo substance abuse treatment, the treating physician will likely generate several reports outlining the parent’s progress. Consequently, those documents will also be provided to the court as a collateral.

Are Reports in Child Welfare Cases Admissible in Court in NJ?

In most criminal and civil matters, the New Jersey Rules of Evidence apply. The Rules dictate what pieces of evidence can be considered by the Court and under what circumstances. For child welfare matters, the Rules of Evidence do apply, however, there are additional rules that attach. Generally speaking, reports are not admissible as evidence. The rationale is documents prepared out of court are inherently unreliable. The person preparing the report is not under oath and thus, has no legal duty to tell the truth. Also, the writer may not have any first-hand or personal knowledge about what he or she is writing about. And lastly, if the report is being prepared for court, the individual drafting the document may have an incentive to misrepresent the truth. Therefore, as a general rule, reports and other similar documents are excluded from use at trial.

Nevertheless, there are exceptions for business records and public records because both are deemed inherently reliable and therefore, may be utilized during a hearing or trial. The belief is businesses have a strong incentive to keep and maintain reliable records in order to run a successful operation. Therefore, documents created and maintained during the course of a business are considered trustworthy and may be considered by the court. The same applies to the government and other public agencies. The federal and state government have a strong interest in generating and keeping accurate records. Therefore, public documents may be used in court.

Applying that same rationale to child welfare matters, our lawmakers enacted a specific evidentiary rule under Title 9 that states, any writing, record or photograph, whether in the form of an entry in a book or otherwise, made as a memorandum or record of any condition, act, transaction, occurrence or event relating to a child in an abuse or neglect proceeding of any hospital or any other public or private institution or agency shall be admissible in evidence. See N.J.S.A. 9:6-8.46. Similarly, under our Rules of Court, the Division shall be permitted to submit into evidence reports by staff personnel or professional consultants and, conclusions drawn from the facts stated in those reports shall be treated as prima facie evidence, subject to rebuttal. See Rule 5-12.

Accordingly, at most trials, the Division calls the caseworker to the witness stand and places a giant binder filled with records prepared by DCP&P as well as hospital staff and other related agencies. From there, the caseworker is asked a few questions about the records and then, the Division begins admitting the records into evidence. After the contents of the binder is admitted, the Judge is permitted review and consider the contents of the reports, which generally, does not read in favor of the parents.

Ways to Challenge Reports in Child Abuse and Neglect Cases

With that in mind, what can be done? Although most DCP&P proceedings favor the Division, a skilled attorney can still effectively represent parents and help uncover the truth. First, most of the reports utilized during a child welfare case are filled and layered with second and even third hand accounts of what allegedly occurred. The caseworker questions a police officer, who spoke to a separate officer, who spoke to a witness. This type of chain of communication is unquestionably unreliable. As a result, an attorney can move to strike such segments from the report and thus, a Judge may not consider it. An attorney can also highlight the levels of hearsay on cross-examination and bring to light how untrustworthy the report is.

Similarly, police reports should not be admitted through a caseworker. The Court Rule only allows reports prepared by staff personal and professional consultants. The police are not DCP&P consultants. Therefore, if the Division seeks to admit a police report through the caseworker, counsel should be objecting. Same reasoning applies to any other reports such as school records or day care documents. On top of that, many police reports typically contain second-hand knowledge. In many police investigations, the police are contacted after the alleged criminal acts. The reporter calls the police or visits the police station and describes what happened. Nevertheless, the police officer was not physically present and did not see first hand what occurred. As such, the police report contains second-hand knowledge and should not be considered by the Judge.

Furthermore, a record can be excluded or assigned little consideration if it can be shown that the record was prepared or maintained in a questionable manner. For instance, if the document was prepared weeks or months after the underlying event, such a large gap in time certainly calls into question whether the reports contain accurate information. Reports and memorandum should be written immediately after an event to ensure the writing is an accurate representation of what occurred. If the reporter waits weeks or months, his or her memory will fade or be influenced by other subsequent events or speaking to other individuals. Accordingly, a report could be excluded from use at trial and at least called into question. Here is more useful information about Defense Strategies in a DCPP Case.

Can You Fight the DCPP Reports in NJ? Contact Us

With all of the complexity involved in these proceedings, if you or someone you love is being investigated by the Division of Child Protection and Permanency, it’s important to seek legal help. We encourage you to take advantage of the opportunity to speak with a DCPP lawyer free of charge by contacting our firm today. Please call (908)-356-6900 to speak with an attorney who can help you now.