DWI with a minor child in the vehicle – Traffic, Criminal, and DCP&P consquences

DWI/DUI with a Minor Child in the Car 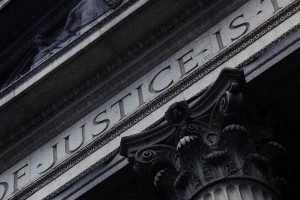 DWI with a minor in the vehicle

A 46-year-old New Jersey woman appeared to be drunk when she got into an accident with her son in the car on Wednesday, April 12, 2017, police said. According the to the authorities, Tracy A. Tirotti-Skahan and her 14-year-old son were involved in a minor motor vehicle crash but, fortunately, no one was injured. Officers who responded to the crash talked with Tirotti-Skahan and realized she was slurring her speech and that her breath smelled of alcohol, according to a press release from Medford police. As a result, the officers administered field sobriety tests and then arrested Tirotti-Skahan for driving while intoxicated. The police then formerly charged the mother with driving under the influence, driving under the influence with a minor passenger, and reckless driving.

Although the facts of this story are brief, they imply many of the different serious and extensive legal consequences of driving drunk with a child in the car including traffic tickets, criminal charges, and child protective services involvement, regardless of whether or not the child passenger suffers any injuries. The bottom line is that a parent or guardian who drives drunk with a child in the motor vehicle in New Jersey is facing traffic citations for driving while intoxicated, criminal charges for driving under the influence with a minor passenger and for child endangerment, and intervention by the Division of Child Protection and Permanency (“DCP&P) such as taking custody of the child, restricting the parent’s contact with the child, substantiating or establishing a finding of child abuse against the parent, and filing a case against the parent in Family Court for custody or care and supervision of the child.

Under New Jersey’s traffic laws, a person commits a traffic offense of DWI/DUI pursuant to R.S. 39:4-50(a), if that person operates a motor vehicle while under the influence of intoxicating liquor, narcotic, hallucinogenic or habit-producing drug, or operates a motor vehicle with a blood alcohol concentration of 0.08% or more. The penalties for DWI in New Jersey depend on whether the violation is the driver’s first, second, third or subsequent offense. But in all circumstances, there are mandatory fines, mandatory loss of driving privileges and potential jail time. But everything changes if there is a child in the car. That is, a DWI/DUI with a child passenger is an entirely separate disorderly persons offense under New Jersey law. Specifically, pursuant to R.S. 39:4-50.15(b) a parent or guardian who is convicted of driving while intoxicated or driving under the influence and who at the time of the violation has a minor as a passenger in the motor vehicle is guilty of a disorderly persons offense which is punishable by up to six months in jail and up to a $1,000 fine, in addition to the penalties for the underlying DWI offense.

Additionally, in many circumstances a parent who is driving drunk with a child in the car will also face more severe criminal charges for endangering the welfare of a child. According to New Jersey’s child endangerment statute, N.J.S.A. 2C:24-4(a)(2) any person having a legal duty for the care of a child or who has assumed responsibility for the care of a child who causes the child harm that would make the child an abused or neglected child as defined in N.J.S.A. 9:6-8.21 is guilty of the crime of the second degree. The penalties for a second degree crime in New Jersey include between five and ten years in prison and a fine of up to $150,000.

Setting aside the potential criminal consequences for driving under the influence with a child passenger in New Jersey, child protective services, or DCP&P, will also become involved with the family. At the outset, the Division will initiate an investigation, separate and apart from law enforcement, to determine if the alleged driving while intoxicated with a child in the car placed the child at risk of harm or actually harmed the child. As part of the investigation, DCP&P will seek to interview the child and the parent, as well as any third parties involved. The Division will also need to determine whether or not permitting the child to remain in the home with the parent would be contrary to the welfare of the child. In doing so, DCP&P typically will implement a Safety Protection Plan that restricts the parent’s access to the child and requires supervision of parental contact while the Division attempts to gather other information regarding the overall wellbeing of the child. The Division’s investigation will also potentially lead to an investigative finding of “substantiated” or “established” that the child was abused or neglected pursuant to New Jersey’s child abuse and neglect laws in Title 9. Accordingly, the Division may file a complaint for custody or care and supervision of the child in the New Jersey Superior Court, Family Part, in the county where the family resides, leading to months of litigation.

If you have been issued a traffic citation or criminal complaint for driving while intoxicated with a child passenger in New Jersey or if the Division of Child Protection and Permanency is involved with your family because of DWI/DUI with a child in the car, you should call the Tormey Law Firm immediately. With decades of combined legal experience, our defense team includes attorneys who know how to handle cases in criminal court and family court that arise from allegations of DWI/DUI with a minor passenger because we have handled these cases from both sides of the courtroom. In fact, the Tormey Law Firm’s defense team includes a certified Alcotest instructor, a certified field sobriety test instructor, a former Assistant Prosecutor who prosecuted child endangerment and child abuse cases, and a former Deputy Attorney General who represented DCP&P and prosecuted child abuse and neglect cases.

Charged with DWI in Child in Car? Call Us Now for Help

In other words, the defense team at the Tormey Law Firm has exactly who you need to defend allegations of driving while intoxicated with a child in the car. Contact our lawyers now for immediate assistance at (908)-356-6900.