What Degree of Crime can You be Charged with for Child Abuse in New Jersey? 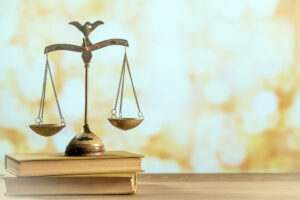 New Jersey child abuse laws protect people against harm, including harm committed by parents against their own children, by teachers and daycare providers entrusted to look after someone else’s children, and any other adult in whose care a child has been placed. An adult who is accused of violating one of these laws may face criminal charges, and the degree of the child abuse charges determines the range of possible penalties. But even when a child abuse allegation does not rise to the level of a crime and does not result in criminal charges, the person being accused can face severe consequences. For instance, an allegation that you abused, neglected, or mistreated a child in your care may trigger an investigation by child protective services. If that investigation confirms the allegations, it’s very possible that you will have limitations placed on your ability to raise your own child. In the worst cases, your child could be permanently removed from your home. To learn more about the degrees of crimes in NJ child abuse cases, including the possible penalties for both a criminal charge and a DCPP investigation, keep reading. If you have been charged with any type of crime related to a child abuse or neglect investigation, or have been contacted by the Division of Child Protection and Permanency, connect with our dedicated New Jersey child abuse defense lawyers for a free consultation and to go over your case.

What Happens If You Are Accused of Child Abuse in New Jersey?

New Jersey laws are very tough on convicted child abusers, and judges often impose maximum sentences in these cases, because it is generally understood that children depend on adults for care and support. When a parent or guardian fails to provide that needed care and support, or when the adult directly harms the child, NJ criminal laws are likely to come into play. Additionally, there is another component to child abuse allegations that goes beyond criminal charges: an investigation by the NJ Division of Child Protection and Permanency (DCPP). When DCPP gets involved, it means that the parent is being investigated separate and apart from the criminal investigation. The main consideration for DCPP is whether the child should remain in the custody of the parent, or whether the child would be safer if they were removed from the home.

What if a Person is Charged Criminally based on Child Abuse or Neglect Accusations?

One of the key factors that can expose an adult to criminal liability is their relationship to a child who has allegedly been victimized. Basically, if the adult is responsible for the care and wellbeing of the child – either through a legal relationship like parent-child or guardianship, or as a caregiver to whom the child’s care has been entrusted – that adult can be arrested and face criminal charges for failing to meet their responsibilities.

There are different types of charges that stem from alleged child abuse in New Jersey:

What Determines the Degree of Crime and Penalties?

Not surprisingly, one of the most serious consequences of a child abuse conviction is prison time. Depending on the nature of the accusations and the degree of the charges, you could face several years of incarceration behind bars. The same goes for the other penalties stemming from a child abuse charge. The range of possible penalties in your Child Abuse case will be determined by the degree of the charges.

Moreover, you could face multiple charges in your child abuse case, with the penalties quickly piling up if you are convicted of more than one offense.

Beyond the crimes and punishments for child abuse in New Jersey, the DCPP investigation could result in you losing custody of your child regardless of the outcome of the criminal matter. That’s why you should be represented by an experienced defense lawyer who is familiar with both the NJ criminal justice system and DCPP procedures. You can trust our knowledgeable child abuse attorneys to be on your side for all of this, fighting to avoid the serious consequences you face for child abuse related crimes. Call (908)-356-6900 for a confidential consultation free of charge.