What’s the Difference Between Title 9 and Title 30 in New Jersey?

Title 9 vs. Title 30 in NJ Division of Child Protection and Permanency Cases 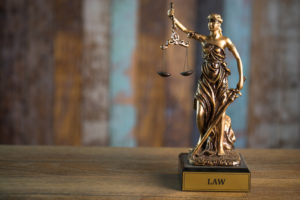 If you are placed into the unfortunate set of circumstances where the Division of Child Protection and Permanency has entered your lives, it’s important to understand your rights. To do that, you need to comprehend what gives DCPP its authority to intervene into the privacy of your home. The Division’s authority stems from two governing statutes, Title 9 and Title 30. The two laws run parallel to one another and are designed to balance the privacy interests of the parents against the state’s compelling interest to protect children. Generally, when the Division takes action and petitions the court, they are working under both Title 9 and Title 30. Both laws have overlapping provisions that authorize protective measures to be put into place, as well as empower the implementation of family services. Nevertheless, each statute has a different purpose and the rights of the parents are affected in different ways.

Title 9 governs child abuse and neglect actions, which means, the parents are being accused of harming or placing their child in harm’s way. The intent of the statute is child protection and safety, not to prosecute parents. Child welfare matters are not criminal cases. Thus, neither the Court or DCPP is there to find unlawful conduct and punish the parents accordingly. Rather, the objective of Title 9 is to identify instances of abuse or neglect and insert safeguards to ensure the children are no longer harmed or exposed to danger.

The statutory framework is designed to move quickly in order to protect children without unnecessary delay. Consequently, the statute permits the removal of children from a parent’s home without a court order if there is imminent danger. Along those same lines, the court is also permitted to enter other forms of temporary relief such as supervised visits or counseling. Most Title 9 actions begin with the removal of the child from the court. Thereafter, the Division files an Order to Show Cause, which is an emergent motion filed with the court on short notice. In the application, the Division typically claims that the child is in imminent risk of being harmed and therefore, the court must put into place temporary protective measures to shield the children from future abuse or neglect.

Following the Order to Show Cause, the court will schedule two or three more court appearances to monitor the status of the case and from there, the matter will proceed to a fact-finding hearing. A fact-finding hearing is a trial and during that proceeding, the Division bears the burden of proof. It is the duty of DCPP to prove to the judge that the parents committed an act of abuse or neglect. However, the burden is only a preponderance of the evidence unlike the familiar beyond a reasonable doubt standard that is applied in criminal cases. Despite the serious consequences stemming from child welfare matters, the consequences are not as severe as losing one’s freedom and therefore, a lower standard is applied.

Additionally, the rules governing the trial are favorable to the Division. For most criminal and civil proceedings, evidence such as hearsay and past history of conduct are excluded. However, during Title 9 fact finding hearings, the Division is permitted to introduce hearsay statements from children if they relate to the underlying claim and they can utilize other acts of abuse or neglect against the parents. Moreover, there are also times where the burden of proof actually shifts to the defendants. Thus, it is incumbent upon the parents to prove their innocence.

Depending on the outcome of the trial, the court can proceed in a number of different directions. If the claims are shown to be untrue, the judge can dismiss the case from litigation and the child can return home and any restrictions put into place will be vacated. If the accusations are confirmed, the judge can still dismiss the case if he or she believes the child is no longer at risk at harm. Remember, Title 9 is dedicated to safety, not culpability. The judge can also return the child home but impose safety restrictions until the court is convinced that the child is completely safe. The judge may also place the child outside the home and require services until the court is satisfied that the child can safely return home. Lastly, in addition to any orders restrictions and services, if the parents are found liable of abuse or neglect, their names will be placed on the child abuse registry.

Title 30 is a similar statute in that it is aimed at helping children, but it has some major differences that are important to understand. Title 30 oversees guardianship matters, which are cases where the Division believes the parents are unfit to care for their children. This may sound identical to abuse and neglect, however, there are significant differences. Title 9 is directed towards addressing and preventing mistreatment such as sexual abuse or excessive corporal punishment. Title 30 was enacted to help families with issues such as substance abuse, lack of food, or insufficient medical care. The concerns facing the family do not rise to the level of abuse or neglect but nevertheless, pose a danger to the well-being of the children and must be remedied.

Unlike Title 9, Title 30 matters move slowly. The court is more calculated and deliberate. The goal of the proceeding is to identify any underlying concerns and from there, put into place remedial services to treat and hopefully, cure the problem. A typical Title 30 case begins with an out-of-court investigation that lasts for a few months. The assigned caseworker attempts to work with the family and install services to address any concerns. However, if the family is uncooperative or the services are not alleviating the problem, the Division will proceed to court. At that juncture, the court will examine the issues and enter corresponding orders to address the problems facing the family. The court will then review the matter every six months to determine whether the case should remain in court.

If it appears that the Division’s concerns are not being adequately addressed or the parents cannot remedy the situation, DCPP may move to terminate the parents’ rights. Under those circumstances, the parents are entitled to a trial called a termination hearing. At the hearing, the Division bears the burden of proof and must establish by clear and convincing evidence that the child’s interests are best served if the parent’s rights are terminated. The level of proof is much higher to terminate parental rights in light of the constitutional interests at stake. Additionally, because the issue before the court is so significant, all the rules of evidence apply.

Does it Matter if my Division of Child Protection & Placement Case is Title 9 or Title 30?

Ultimately, both Title 9 and Title 30 are similar statutes. They both seek to protect children and to that end, both allow the court to enter orders setting in place remedial measures. However, the cases themselves can be drastically different. Under Title 9, the litigation moves swiftly and the court is more inclined to keep children away from parents. Moreover, the parents are entitled to a trial to determine whether they committed an act of child abuse or neglect. If the court rules against the parents, their names will be placed on a registry, but they will not lose their parental rights.

In Title 30 cases, the case tends to move slowly and the initial goal of the proceeding is to cure any family problems. As such, judges want to maintain a similar family environment and keep children in the home and allow parents to see and interact with their children as much as possible. Nevertheless, if it appears that the issue facing the parents cannot be repaired, a termination hearing will be held where the parents may lose their parental rights.

In either of these instances, the stakes are incredibly high for parents. As such, it is beneficial to seek help from an experienced New Jersey DYFS/DCPP attorney who can handle your case at every stage of the process and ardently defend your liberty. Contact our firm at (908)-356-6900 to discuss your child abuse or neglect matter and find out how we can help you every step of the way.