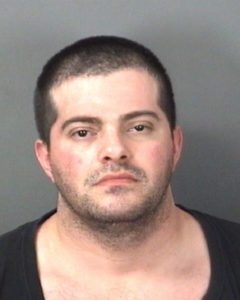 A Mercer County man was recently accused of driving under the influence of alcohol while his son was a passenger in the car. According to Trenton police, the suspect was intoxicated to the point where he could not remember where he lived. He then allegedly asked his 11-year-old son to get behind the wheel and drive both of them home. The child then reportedly called his grandmother, who soon came to the scene. The police were also called to the scene, where they allegedly found the suspect passed out in his vehicle and smelling strongly of alcohol. (The suspect has also reportedly vomited.) Trenton cops then called an ambulance and allegedly confirmed that the suspect’s blood alcohol content (BAC) was above the NJ legal limit of 0.08%. As a result, the suspect was charged with driving while intoxicated (DWI) and endangering the welfare of a child.

This case has many implications that go beyond the criminal charges filed against the father. In fact, because there was a child involved in the incident, the Division of Child Protection and Permanency (DCP&P), formerly known as the Division of Youth and Family Services (DYFS), will immediately restrict the father’s ability to have unsupervised contact with his son. The DCP&P will also conduct a separate investigation into the matter. In other words: DCP&P will implement a Safety Protection Plan that restricts the father’s access to the child and requires supervision of parental contact while DCP&P conducts its investigation. The Division’s investigation will also potentially lead to an investigative finding of “substantiated” or “established” that the child was abused or neglected pursuant to New Jersey’s child abuse and neglect laws found in Title 9.

If you have been issued a traffic citation or criminal complaint for driving while intoxicated (DWI) with a child passenger in New Jersey, or if the Division of Child Protection and Permanency is involved with your family because of DWI/DUI with a child in the car, the Tormey Law Firm can help you. Our firm boasts decades of legal experience and our defense team includes attorneys who know how to handle cases in criminal court and family court. In fact, the Tormey Law Firm’s defense team includes a certified Alcotest instructor, a certified field sobriety test instructor, a former Assistant Prosecutor who prosecuted child endangerment and child abuse cases, and a former Deputy Attorney General who represented DCP&P and prosecuted child abuse and neglect cases. The bottom line is that the defense team at the Tormey Law Firm has exactly who you need to defend against allegations of driving while intoxicated with a child in the car. We are available to help you 24/7. Contact us today.