Evidence in Title 9 Hearing – What can be used? 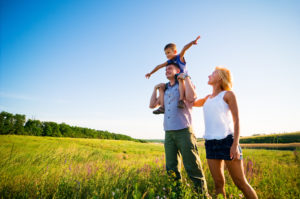 New Jersey’s child abuse and neglect statute, N.J.S.A. 9:6-8.21 et seq., also referred to as “Title 9,” sets forth rules of evidence that do not apply in any other type of New Jersey State Court proceeding and if DCP&P files a complaint against you alleging that you have abused or neglected your child, it is important to consult with an experienced DCP&P defense attorney who is fully familiar with Title 9’s evidence rules.

The DCPP defense lawyers at the Tormey Law Firm LLC are ready and able to protect your rights, your future, your family, and your reputation if there has been a child abuse or neglect allegation. Our managing partner, Mr. Travis J. Tormey, is a top rated “10.0” perfect rating on AVVO.com, an attorney rating service. He has also received the clients choice awards in 2013, 2014, 2015, and 2016. He will now put that experience and expertise to work for you, drafting a comprehensive defense strategy to combat these vicious allegations. We represent clients throughout Morris County NJ including in Denville, Montville, Madison, Florham Park, Lincoln Park, and Mendham. Contact our offices anytime for immediate assistance at (908)-356-6900. The initial consultation is always provided free of charge.

Abuse and neglect cases are not criminal cases. That is, the Division does not need to prove beyond a reasonable doubt that you abused or neglected your child. DCP&P need only show that it was more likely than not you abused or neglected your child. In so doing, the Division is permitted to admit into evidence statements that your child made to the Division investigator even if your child does not testify as a witness during the fact-finding. However, the Court may not rely solely on your child’s statements to ultimately make a finding of abuse or neglect. In other words, the child’s statement regarding the alleged abuse or neglect must be corroborated by something else that supports the child’s out-of-court statement before the Court can find that you abused or neglected your child. Forms of corroboration include but are not limited to eyewitness testimony, confessions by the accused, physical evidence, medical testimony, or age-inappropriate knowledge. N.J. Div. of Youth and Family Servs. v. Z.P.R., 351 N.J. Super. 427 (App. Div. 2002).

In other circumstances the Division may not even need to actually prove that a parent abused or neglected their child because Title 9 states that proof of injuries sustained by a child or of the condition of a child of such nature as would ordinarily not be sustained except by reason of the acts or omissions of the parent shall be prima facie evidence of abuse or neglect. Accordingly, Courts have adopted burden shifting through the application of the doctrine of res ipsa loquitur. N.J. Div. of Youth and Family Servs. v. J.L., 400 N.J. Super. 454 (App. Div. 2008); N.J. Div. of Youth and Family Servs. v. S.S., 275 N.J. Super. 173 (App. Div. 1994); In the Matter of D.T., 229 N.J. Super. 509 (App. Div. 1988).

The Appellate Division has identified two types of res ipsa loquitur doctrines that apply to Title 9 cases, traditional and conditional. Before applying either type of res ipsa loquitur doctrine, the Division must establish a prima facie case of child abuse and neglect by showing proof of injuries sustained by a child, or a condition of a child of such a nature as would ordinarily not be sustained or exist except by reason of the acts or omissions of the parent or guardian. Conditional res ipsa loquitur applies where there is a defined number of people who had access to the child at the time the injury occurred. Then, the burden of proving non-culpability shifts to the parent and the Division does not need to prove parental fault. In other words, the parent must prove that the injuries or conditions presumed to be abuse or neglect was not the parent’s fault. Traditional res ipsa loquitur principles apply in cases where a child is exposed to multiple unidentified individuals over a period of time, and it is unclear as to precisely where and when the child’s injuries occurred. Under traditional res ipsa loquitur, the burden would shift to the defendants to come forward with evidence to rebut the presumption that the child’s injury was the result of abuse and neglect, but the Division would still need to provide the abuse or neglect was the parent’s fault.

If you are accused of child abuse or neglect, you should contact an experienced DCP&P defense attorney who is well versed in the child abuse and neglect laws that control what evidence can and cannot be used against you by DCP&P. Contact our offices for immediate assistance at (908)-356-6900.