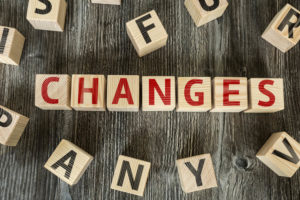 A parent or guardian to a child has a legal duty to ensure that the child is properly cared for and his or her basic needs are being met. If, for whatever reason, those responsibilities are not being taken care of, the State has the power to intervene in order to protect the child. In New Jersey, the State agency primarily responsible for ensuring the adequate protection for children is the Division of Child Protection and Permanency, otherwise known as DCP&P. The Division has not always been referred to as DCP&P and has actually changed its name several times.

When did the Child Protection Agency Start in New Jersey?

The agency was initially established in 1899 and was named the State Board of Children’s Guardians. It was comprised of only seven individuals who were appointed by the Governor and volunteered their services. As awareness grew regarding child abuse, so did the Board. Soon after, the agency changed its name to the State Board of Child Welfare. Then, it was called the Bureau of Children’s Services. After that, it was labeled the Division of Youth and Family Services, most commonly referred to as DYFS. Today, the agency is named DCP&P, employs over a thousand residents of New Jersey, and receives nearly $1 billion in funding.

Why did DYFS Change its Name?

What prompted the most recent name change from DYFS to DCP&P was a set of tragic and heartbreaking events. In early 2003, the Newark Police received an alarming report about two children being locked in a basement. The police responded and found two young children cowering under a mattress, soaked in urine, feces, and vomit. Moreover, it was later revealed that the children were using a bucket as a toilet, were extremely malnourished, and their hair was infested with lice. Law enforcement rushed the minors to the hospital and while there, the children told the hospital staff that they had not seen their brother for a long period of time. Consequently, the police returned to the home and found mummified remains of the brother inside a purple storage container.

Upon further investigation into the home, it was discovered that DYFS has received 10 complaints against the family over the span of 10 years. Three of the reports were substantiated and included failure to supervise, failure to provide medical care, and burning the children. Yet, the children remained in the home and in 2002, the case was closed because the agency could not locate the children. The commissioner of DYFS at the time expressed when questioned about the case, that it was clear that the case was closed without the caseworker inspecting the children, which is against policy.

On the heels of this horrifying story, another alarming discovery was made a few months later. A neighbor in Collingswood in Camden County, New Jersey called the police after noticing children rummaging through trash cans. The police responded to the home and found a 19 year old male, who the police said was so malnourished that he appeared to be 10-years-old. They also found three other boys, ages 9, 10, and 14, nearly starved to death. None of the children weighed more than 45 pounds and neither of them were taller than 4-feet. Upon speaking to the children, it was revealed that the kitchen was always locked and the boys survived by eating uncooked pancake batter, oatmeal, and most disturbingly, eating portions of the wall of the home and insulation.

When looking into the case further, authorities found that the children were adopted and DYFS has visited the home 38 times in the past. However, the reports from the agency indicated that the children were “happy and thriving.” Additionally, the records did not indicate any concerns regarding the boys’ severe malnutrition, which any person could have seen by looking at the youths. These two cases brought nationwide attention to New Jersey’s child welfare system and its obvious failures to protect vulnerable children.

New Jersey’s Response to Failures in the Child Welfare System

Ushered into the spotlight for obvious inadequacies and the unconscionable effects on unprotected children, the response by the agency was their caseworkers are overworked and have too many cases. At the time, it was reported that DYFS had 1,400 employees to supervise 47,000 children. This equated to each caseworker having a caseload of around 35 cases. Prior to the tragic failures of the agency in 2003, a national advocacy group called Children’s Rights had already filed a class action lawsuit against DYFS. The suit was filed in 1999, but after the harrowing cases became public, demand for immediate reform was intensified. The New Jersey Governor sought action and federal oversight was put into place.

Slowly, change emerged. Cases for each caseworker were reduced to a manageable level, wherein, a single worker would not have more than 12 cases and no more than 8 new cases a month. Also, permanency employees were added to assist with providing support to children placed into foster care. Thus, there were caseworkers responsible for investigating child abuse and neglect cases and permanency workers responsible for monitoring placement. Furthermore, an emphasis towards providing more services for parents such as counseling and treatment were made. The hope was, and still is today, that providing parents with more services will help strengthen families and reduce out-of-home placement, which in turn, will lead to less cases. Also, foster homes had to be licensed and foster parents had to receive yearly training. And lastly, in an effort to rebrand themselves, DYFS changed its name to DCP&P.

Sadly, the reported efforts have not made significant progress towards helping family and fixing the system. Helpless children are still not receiving adequate care and parents and other caregivers who truly need assistance are not being provided with the resources they need to succeed. Hopefully, continued reform is soon to come. Until then, aggressive investigators who probe into every aspect of families’ lives can draw unwarranted conclusions about parents and guardians who have truly been wrongfully accused of abusing or neglecting children in their care.

Did Someone Accuse you of Abusing or Neglecting Children in New Jersey? Don’t Face this Uphill Battle Alone

Not every referral that child protective services receives is justified and it is incumbent upon those accused to defend their innocence when faced with a well-funded task force of DCP&P caseworkers and New Jersey prosecutors. If you or a loved one is being investigated by the Division of Child Protection and Permanency, get honest advice and skillful defense representation from an attorney with years of experience handling Title 9 Complaints, Title 30 Actions, and every element of the process on behalf of families being investigated by the division. We encourage you to contact our office at (908)-356-6900 if you would like to speak with a lawyer about a DCPP case free of charge.

Filed under: Department of Children and Families

« Changes to Child Welfare Litigation
Privacy in a DCPP Case »