Stipulation to Abuse/Neglect and Consent to Title 30 Jurisdiction 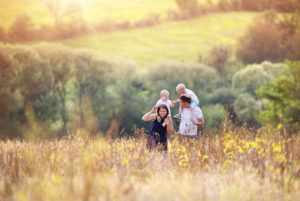 In certain circumstances, parents agree with the Division of Child Protection and Permanency’s involvement with their family whether DCP&P filed a complaint for custody under Title 9 or care and supervision under Title 30. For example, some parents admit that they abused or neglected their child or that they are simply unable to parent now or in the foreseeable future. In those particular cases, parents are able to enter voluntary agreements called “stipulations” wherein they consent to the court’s jurisdiction over their family and agree with the outcome sought by DCP&P. A stipulation is basically a parent admitting they abused or neglected their child. If you are involved in DCP&P litigation but agree with the Division, you should consult with an experienced DCP&P defense attorney to discuss the consequences and ramifications of agreeing with the Division because, even though you may be in agreement now, circumstances in the future may change and you should fully understand the outcomes of entering a voluntary stipulation. We represent clients throughout Bergen County NJ including in Garfield, Teaneck, Lodi, Lyndhurst, Rutherford, and Paramus. Contact our Hackensack offices now for a free initial consultation at (908)-356-6900.

Here is a review from one of the many satisfied clients of the Tormey Law Firm LLC:

“Although my case was a mess due to poor representation previous to my hiring of this exceptional attorney, he gives it his all. He tried his best to help me and was professional, empathetic & even made calls that were above what I actually hired him to do. There’s no doubt in my mind that he knows the law in NJ and will give any client 110% of his effort to attain justice. He always responds to emails and calls in a timely manner which shows how attentive he truly is. I highly recommend him to anyone who wants to hire a great attorney. Read reviews before hiring anyone. You get what you pay for, do not sell yourself short as I did before finding the Tormey Law Firm.”

Should I stipulate to Abuse or Neglect in my case?

The objective of Title 9 child abuse and neglect litigation is for the court to determine whether or not a parent abused or neglected a child and then, if the parent did perpetrate abuse or neglect, implement jurisdiction over the parent and compel the parent to attend services geared towards, essentially, being a better parent. However, in certain cases, parents acknowledge that they made a mistake and took things too far or that they have, in fact, placed their child at risk of harm. In those particular cases wherein a parent does not dispute that they abused or neglected their child, the parent can voluntarily stipulate, or admit in court, that they perpetrated child abuse or neglect. One reason that parents consider stipulating to child abuse or neglect is that rather than going to a fact-finding trial approximately four months after the Division filed a complaint alleging abuse or neglect, the parents will save time and be able to start attending services sooner, rather than later. In addition, sometimes the parents simply want to avoid going through with a trial, which can be a lengthy ordeal, when the evidence is so overwhelmingly clear that abuse or neglect occurred. However, if DCP&P substantiated an allegation of abuse or neglect against a parent and that parent stipulates to the allegation, the substantiation will be maintained on the Child Abuse Registry and if you are considering stipulating to an allegation of abuse or neglect, you should contact an experienced DCP&P defense attorney to discuss your case.

Similarly, in Title 30 child welfare litigation, the underlying purpose is for the court to determine whether or not there are, in fact, parenting deficits that do not rise to the level of abuse or neglect, but at the same time pose concerns regarding the parent’s ability to care for their child. As with a stipulation to child abuse or neglect under Title 9, a parent is also able to consent to Title 30 child welfare jurisdiction and agree to DCP&P maintaining custody or care and supervision under Title 30 while the parent attends services. For example, if DCP&P filed a complaint for custody, care and supervision under Title 30 because of a parent’s inability to provide a safe and stable home due to lack of income and they are unable to utilize public assistance, the parent may consent to Title 30 jurisdiction and agree that their children should remain in a resource home while the housing issue is addressed.

If you are involved in litigation with DCP&P and you agree with the Division’s requests for custody or care and supervision of your child you do not necessarily need to engage in a Title 9 fact-finding trial or Title 30 jurisdictional hearing by stipulating to abuse or neglect or consenting to the state maintaining custody, or care and supervision pursuant to Title 30. Before stipulating or consenting to Title 30 jurisdiction, you should contact an experienced DCP&P defense attorney to discuss the legal consequences of admitting you abused or neglected your child. Our attorneys are available now at (908)-356-6900.