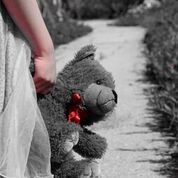 A Trenton Public Schools security guard was recently arrested and charged with child endangerment after allegations she assaulted a nine-year-old boy.  According to the Trenton Police, the security guard approached the third-grade student in the cafeteria of Jefferson Elementary School and then grabbed him by the neck and punched him in the chest, leaving scratches on the student’s neck as well as fingerprint marks.  Supposedly, the incident started because the student called the security guard “Sponge Bob.”  After the events, the child’s mother filed a police report and contacted the New Jersey Division of Child Protection and Permanency (“DCP&P”), formerly the Division of Youth and Family Services (“DYFS”) because she did not think the school and Trenton Board of Education were properly handling the situation.

In many cases where a parent, guardian, or anyone in a caretaking role of a child is charged criminally with child endangerment, an investigation by DCP&P will also take place because criminal law enforcement agencies and the Division serve different functions.  That is, law enforcement seeks to determine whether or not criminal charges should be filed in a criminal court of law while DCP&P must assess what actions, if any, are needed to protect children from their parents or guardians from a civil standpoint.  The bottom line is that any time the Division becomes involved as the result of an allegation of child abuse or neglect, DCP&P is not bound or limited by whether or not criminal charges have been filed.  However, anything that is done as part of a DYFS investigation could potentially impact a criminal investigation and eventually be used against the subject of the investigation.  Thus, if you are accused of child endangerment and also being investigated by DCP&P, it is imperative to contact the DYFS defense attorneys at the Tormey Law Firm to guide you through the process and advise you as to what steps to take and, more importantly, not take during the course of a Division investigation.