Right to Counsel in a DCF Case

Am I Entitled to a Lawyer when Facing DCFS in New Jersey? 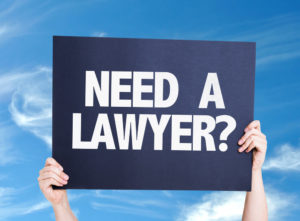 In New Jersey, any parent facing allegations of child abuse or neglect have a constitutional right to counsel under Article I, paragraph 1 of the New Jersey State Constitution. On top of that, our lawmakers also codified the right to counsel under both Title 9 and Title 30.  What does that mean? It means a parent has the legal right to retain an attorney to assist them and if he or she cannot afford an attorney, one will be provided from the Office of Parental Representation.

Can Parents Have the Same Attorney in a NJ DCPP Matter?

In the majority of cases, both parents are named as defendants. Even if one parent did nothing wrong and is not a member of the household, both parents must be included in the case. This is because a child-welfare matter has serious consequences concerning parental rights and therefore, both parents must be placed on notice about the case, and both must be able to participate in the proceeding. As a result, many families wish to hire the same attorney to represent both parents.

However, as a general rule, such dual representation is prohibited. The common practice is one attorney for each litigant. The reason for this framework is because a conflict of interest can occur during the case and result in the attorney being disqualified from representing either party. For instance, at the inception of the case, both parents believe that neither did anything wrong and are united against DCPP. Later, one parent discovers that the other parent has been engaging in drug use. If each parent has their own attorney, each attorney can zealously represent their client’s interests. However, if there is only one attorney assisting both parents, that attorney cannot help one of the parents without harming the interests of the other.

Nevertheless, the rule disfavoring dual representation is not absolute. It is possible, under certain circumstances, for the court to permit a single attorney to represent both parents. The litigants must sign a waiver and moreover, the judge must advise the parents that a conflict of interest may arise and if it does, the attorney will be removed from the case.

Should I Have the Same Lawyer for Child Abuse DCF Case and Criminal Charges in NJ?

In many DCFS matters, especially ones concerning sexual misconduct, there is a parallel criminal case. Meaning, the parent is facing both civil charges and criminal child abuse charges. In turn, the parent may desire to utilize the same defense attorney for both cases. This makes perfect sense and benefits the accused in many respects. The attorney will have a clear and full understanding of what is occurring in both cases and the parent only has to hire one lawyer to defend them.

Nevertheless, the rule is not a wholesale rejection. Rather, judges are instructed to consider each case separately and contemplate what measures can be taken to safeguard confidentiality without unnecessarily sacrificing a parent’s right to exercise his or her desired choice of counsel. Generally speaking, the DCPP judge will enter a protective order that allows the attorney to review the confidential information but cannot use it in the criminal case unless he or she obtains a separate order from the criminal judge.

Do I Need a Lawyer for a New Jersey CPS Case or Can I Represent Myself?

Some parents do not wish to hire an attorney, nor do they desire the assistance of appointed counsel. They believe no one else could possibly understand their circumstances and thus, no one else but themselves can present their case to the judge. As a result, they choose to represent themselves and appear pro se, which is Latin for, “on behalf of themselves” or “for oneself.” You would think that acting as your own attorney would not be an issue. If a person wants to represent themselves, they should have the right to do so. Moreover, if an individual has the right to an attorney, they should also have the ability to waive that right. And under some circumstances, a person acting as their own lawyer is not a major issue. In most civil, family, or municipal matters, judges do not take issue and allow the case to proceed. However, in other cases, such as criminal or child abuse matters, the courts do not simply allow a person to move forward without legal assistance. It is viewed that the litigant may, either directly or indirectly, obstruct or delay the case. Also, the litigant may struggle to comprehend the rules and procedures of the court.

Additionally, the judge must strive to protect the interests of the child. Any impediments can interrupt or possibly derail an entire case, which in turn, can unfairly impact the well-being of the child. Accordingly, if a parent desires to represent him or herself in a DYFS case, the following must take place. For one, the parent must clearly and unequivocally assert that he or she wishes to represent themselves. Two, the assertion must be made in a timely fashion. If a parent makes their request days before the trial, the judge will certainly deny the request. It must be made months in advance. Third, to ensure that the parent fully understands the nature of their request, the judge must conduct a colloquy with the litigant to make sure the parent is knowingly and voluntarily waiving their right to an attorney and is seeking to represent themselves. Lastly, it is possible that the judge will not be completely satisfied that the parent can serve as their own attorney and as a result, may assign “standby counsel” to assist the litigant. See DCPP v. R.L.M., 236 N.J. 123 (2018).

Looking for Attorney to Fight a False CPS Report in NJ

If you or someone you love is being investigated or facing a false report to child protective services in New Jersey, please contact our office for immediate help. Our attorneys are poised to attack the state’s case against you and handle all aspects of your investigation, court matters, and interactions with the Department of Children and Families. You can reach us online or by calling (908)-356-6900 to speak with a lawyer about the allegations lodged against you. Consultations are available around the clock and provided absolutely free of charge. Whether your case arose in Jersey City, New Brunswick, Edison, Elizabeth, Clifton, Parsippany, Fort Lee, or another town in New Jersey, we have the knowledge and skill to defend you.

« Signs and Indicators of Abuse: What DCPP is Looking For in New Jersey
What's the Difference Between Title 9 and Title 30 in New Jersey? »