Police: 100 Bags of Heroin and 2 Children in Car in Franklin Township, NJ 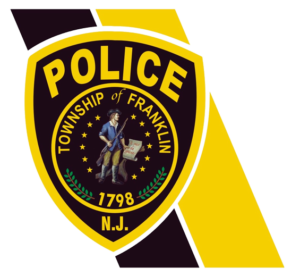 Two adults were arrested after a motor vehicle stop when police allegedly found 100 bags of heroin and two young children in the car in Franklin Township, New Jersey. Patrol officers with the Franklin Township Police Department stopped a suspicious vehicle and then called the K-9 unit to the scene. At that point, the officers obtained a search warrant and reportedly proceeded to find 100 bags of heroin. The two adults were subsequently arrested and charged with possession and distribution of heroin, endangering the welfare of a child, and failure to surrender narcotics. The driver of the vehicle was also charged with driving while suspended and for having improper child restraints. According to the police, the Division of Child Protection and Permanency (“DCP&P”) was also called regarding the welfare of the children; however, the available information did not indicate whether the children were turned over to family or placed in state custody.

As a result of the referral of the case to DCP&P, there will be an investigation to determine whether the children were abused or neglected. As it relates to the definition of child abuse or neglect in New Jersey law, N.J.S.A. 9:6-8.21(c) sets forth that an “abused or neglected child” means a child less than 18 years of age whose parent or guardian, as herein defined, (1) inflicts or allows to be inflicted upon such child physical injury by other than accidental means which causes or creates a substantial risk of death, or serious or protracted disfigurement, or protracted impairment of physical or emotional health, or protracted loss or impairment of the function of any bodily organ; (2) creates or allows to be created a substantial or ongoing risk of physical injury to such child by other than accidental means which would be likely to cause death or serious or protracted disfigurement, or protracted loss or impairment of the function of any bodily organ; (3) commits or allows to be committed an act of sexual abuse against the child; (4) or a child whose physical, mental, or emotional condition has been impaired or is in imminent danger of becoming impaired as the result of the failure of his parent or guardian, as herein defined, to exercise a minimum degree of care (a) in supplying the child with adequate food, clothing, shelter, education, or medical or surgical care though financially able to do so or though offered financial or other reasonable means to do so, or (b) in providing the child with proper supervision or guardianship, by unreasonably inflicting or allowing to be inflicted harm, or substantial risk thereof, including the infliction of excessive corporal punishment; or by any other acts of a similarly serious nature requiring the aid of the court; (5) or a child who has been willfully abandoned by his parent or guardian, as herein defined; (6) or a child upon whom excessive physical restraint has been used under circumstances which do not indicate that the child’s behavior is harmful to himself, others, or property; (7) or a child who is in an institution and (a) has been placed there inappropriately for a continued period of time with the knowledge that the placement has resulted or may continue to result in harm to the child’s mental or physical well-being, or (b) who has been willfully isolated from ordinary social contact under circumstances which indicate emotional or social deprivation.

The definition of child abuse and neglect in New Jersey, although lengthy, is very broad. In other words: there are many situations in which parents, guardians, or other caretakers such as teachers or daycare employees are accused of abuse and neglect. However, in many cases after an assessment of the circumstances, DCP&P determines that there was not actually any abuse or neglect.

If you face child abuse or neglect allegations and DCP&P is investigating your family, having an experienced child protective services defense lawyer on your side can help with managing the stressful situation. Or, if the investigation is already concluded and DCP&P has filed a complaint for custody or care and supervision in Family Court and you are scheduled to have a fact-finding trial, a knowledgeable DCP&P defense attorney can assist you with defending the case in court. The bottom line is that if DCP&P is involved in your family’s life for any reason, you should call the child abuse and neglect defense attorneys at the Tormey Law Firm – our DCP&P defense lawyers are always ready to help. Contact us today.