Accused of Kidnapping Your Own Child in New Jersey? 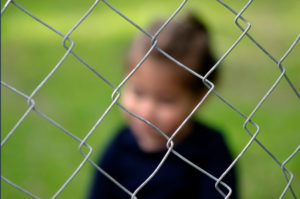 Surprisingly, a parent can be charged with kidnapping their own child in New Jersey. If convicted, he or she will be facing serious consequences. There are two major criminal statutes that address parental kidnapping. Regardless of the specific charge you are facing, you need to take this incredibly precarious situation very seriously, as you may be looking at jail time and adverse effects on child custody and visitation. Unfortunately, on top of the criminal case, it is very likely that the Division of Child Protection and Permanency will open up an investigation. Anytime there is a report involving child abuse or neglect, the Division is mandated to investigate the claim. Moreover, if the police receive a report concerning the kidnapping of a child, the police will certainly notify DCP&P. This compounds the problems you may have when accused of parental kidnapping or otherwise taking your child against the orders of the court in NJ.

Talk to an experienced lawyer about best defending your case by contacting our office now at (908)-356-6900. We assist parents facing all manner of child abuse, neglect, and criminal allegations across the state of NJ and we are here to assist you with a no-cost, confidential consultation.

The first crime you may be charged with is a violation of the Kidnapping statute, which is codified under N.J.S.A. 2C:13-1. The kidnapping statute can be confusing and the language in the law is interpreted differently than its common reading. Let’s first start with the applicable provision of the statute. Under N.J.S.A. 2C:13-1b(4), a person is guilty of kidnapping if he or she, with the purpose to permanently deprive a parent, guardian, or other lawful custodian of custody, commits one of the following acts:

The statute consists of two major components. First, the State must prove that the defendant-parent committed one of the statutory acts, which consist of either the unlawful removal, relocating, or confining of the child. Second, the State must then establish that the defendant-parent committed the physical act or acts with the purpose to permanently deprive the parent, guardian or custodian of custody.

It’s important to keep in mind, simply removing, relocating, or confining a child is not kidnapping. If that were the case, no parent could take a child on vacation or even remove the child from the primary parent’s home. The removal, relocation, or confinement must be considered “unlawful.” Such conduct will be deemed unlawful if it is accomplished by force, threat or deception. Additionally, if the child is under the age of 14 or he or she is considered incompetent, the statutory conduct will be deemed unlawful if is undertaken without the consent of the parent, guardian or custodian.

What is Considered “Substantial” for a Kidnapping Charge?

Similarly, the language “substantial period” is also not measured in common terms such as second, minutes, hours, or any other measurement of time. On the contrary, a “substantial period” is one that substantially increases the risk of harm to the victim. Therefore, if the child is confined for hours but is not placed in any jeopardy, then the parent did not legally kidnap the child. But, if the child was kept for only a few minutes, but was placed in harm’s way, the defendant-parent violated that element of the statute.

With respect to the second element that the State is required to prove, whether the parent sought to permanently deprive the other parent, that phrase is interpreted to mean the unlawful taking of a child or children with the purpose of raising the child or children as their own. Stated differently, the parent took the child and plans on raising the minor without the other parent.

Facing Charges for Interfering with Child Custody in NJ

When it comes to illegally removing your own child from the other parent’s or guardian’s care, most parents, if prosecuted, are not charged under the kidnapping statute. Typically, if a parent is accused of unlawfully taking their children, they are charged with Interfering with Custody. The interference with custody statute can be found under N.J.S.A. 2C:13-4 and provides as follows, a parent will be found guilty of interfering with custody if he or she takes, detains, entices or conceals a minor child from another parent in violation of an order specifying custody or parenting time. The interference statute is substantially simpler than the kidnapping statute. Under the interference statute, the State must prove, beyond a reasonable doubt, three core elements. First, that one parent took, detained, enticed, or concealed a child from the other parent. Two, there was a court order in effect that addressed custody and/or parenting time. And three, the parent knowingly violated the order.

Interfering with custody is classified as a third degree indictable offense. Thus, if convicted, the defendant-parent is exposed to three (3) to five (5) years in prison.

In most criminal cases, the defendant is trying to convince the jury that he or she did not commit the act or acts he or she is being accused of committing. Nevertheless, a parent facing a kidnapping or interference charge may admit to committing the act but argue that it was legally excusable. This type of argument or defense is called an affirmative defense and in the case of kidnapping or interference, the defendant-parent can raise two common affirmative defenses. One, a parent can argue that he or she took the child because he or she reasonably believed that his or her conduct was necessary to protect the child from imminent danger. And two, a parent may also assert that he or she reasonably believed that the removal or detaining was consented to by the other parent, guardian or custodian.

Charged with Illegally Taking my Kids in NJ, What Should I do?

Anytime any person is facing criminal charges or confronted by DCP&P, it would serve their interest to contact an attorney. If a person does not fully understand the law and their rights, they can face losing their freedom and could potentially lose their child. With the guidance and assistance of an experienced attorney, you can be assured that all of your rights are being protected, all applicable defenses are being explored, and all pertinent motions are being filed. Moreover, having parallel criminal and family cases can be challenging. Particularly, your actions in one case can have a negative impact on the other. Therefore, it’s vital that you retain the services of an attorney who can properly balance both matters. With all that in mind, if you are facing criminal charges or being investigated by DCP&P for unlawfully taking your child or parental kidnapping in New Jersey, please contact our firm for assistance. An experienced lawyer can discuss your particular situation and potential defense options by contacting (908)-356-6900. We offer absolutely free consultations.