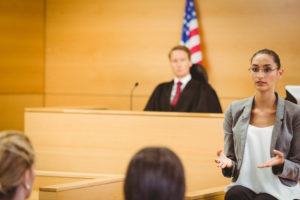 A finding of child abuse or child neglect by the NJ Division of Child Protection and Permanency (DCP&P) does not necessarily mean that all hope is lost. One recent case involving child neglect charges against a New Jersey grandmother highlights the importance of having a qualified DCP&P defense attorney on your side.

In a recent unpublished opinion, the New Jersey Superior Court, Appellate Division reversed a trial court’s fact-finding order against a grandmother who was found to have abused or neglected her two grandchildren due to a positive urine screen for benzodiazepines and opiates. N.J. Div. of Child Protection and Permanency v. G.B., A-5036-13T2, (App. Div. Sept. 2, 2016). To read the Appellate Division’s opinion, click here.

In the G.B. case, the Appellate Division applied the line of reasoning found in N.J. Div. of Child Protection & Permanency v. R.W., 438 N.J. Super. 462 (App. Div. 2014), wherein a different court reversed a finding of abuse or neglect that was based solely on the “mother’s use of marijuana on one occasion while the child was in her care.” The R.W. court had noted the absence of detailed proof regarding the mother’s use of marijuana, whether the baby was solely in the mother’s care while she was intoxicated, and the magnitude, duration, or impact of the mother’s intoxication.

Accordingly, the G.B. court held that “despite proof that defendant was under the influence of drugs, the Division did not elicit any evidence regarding how the children’s physical, mental or emotional condition might have been affected by defendant’s drug use.” The Appellate Division further noted that although the defendant missed three drug screening tests, “her one positive drug test does not establish that the children were in imminent danger or at a significant risk of harm…” Accordingly, the Appellate Division reversed the fact-finding order against the grandmother.

The underlying theme in both cases is that in order for a parent or custodian to be found to have abused or neglected a child, there must be some proof by a preponderance of the evidence (more than 50 percent) of actual harm or significant risk of harm to the child. In each of the cases discussed above, the Appellate Division found that although the defendant used drugs, the Division of Child Protection and Permanency did not submit proof of how that drug use by itself harmed the children or placed the children at risk of harm.

It should also be noted that the issue in these cases was solely whether drug use alone constituted abuse or neglect under Title 9 — the cases had nothing to do with child welfare concerns or parental fitness under Title 30. In other words, the cases did not excuse the controlled dangerous substance use in its entirety as it related to child welfare concerns; instead, the cases merely held that the drug use did not rise to the level of child abuse or neglect.