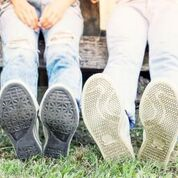 The grandparents of a permanently disabled eight-year-old boy recently submitted a request to the New Jersey Supreme Court to reinstate a $102 million judgment against New Jersey’s Division of Child Protection and Permanency (DCP&P), formerly known as the Division of Youth and Family Services (DYFS). This case came about after Jadiel Velesquez suffered a beating at the hands of his father in 2009, leaving the child blind, brain-damaged, unable to walk and in need of around-the-clock care.  Reportedly, child’s grandmother repeatedly requested that DYFS remove the boy from his father’s care due to suspected physical abuse, including a hospitalization due to bruised cheeks and bloody eyes.  But the Division implemented a safety plan that permitted only supervised contact, which expired by July 16, 2009, when the boy was left alone with the father for about fifteen minutes when the beating occurred.

In 2013 at the trial level of proceedings, a jury found that DCP&P failed to protect Jadiel from his father who had a known history of violent outbursts and criminal behavior.  As a result of that finding, the jury awarded Jadiel $166 million, the highest personal injury verdict awarded against a state agency.  However, in 2014, a judge reduced the award to $102 million, with the majority of the money to be used for Jadiel’s future medical bills.  On appeal, in April of 2017, the New Jersey Appellate Division overturned the final judgment because the court found that the state workers who investigated the allegations of child abuse acted in good faith and in compliance with policy and regulations.  The appellate judges decided that the devastating physical injuries and permanent cognitive harm to the baby were caused by the criminal conduct of his biological father rather that the Division’s caseworker.

This case is a reminder of the difficult job DCP&P has to accomplish and the different interests that must be balanced while investigating a family.  On the one hand, DCP&P must work to ensure that children are safe and receiving proper care.  On the other hand, parents have rights which include unrestricted access to their children unless supervision is deemed necessary.  The bottom line is that the Division is statutorily obligated to investigate allegations of child abuse or neglect, but at the same time parents have rights.  At the Tormey Law Firm, our team of child abuse and neglect attorneys includes a former Deputy Attorney General who represented DCP&P and is fully familiar with what the Division can and cannot do during an investigation or at any level of involvement with your family.  No matter what type of situation you may be dealing with, if it involves DCP&P, call the Tormey Law Firm today at (908)-356-6900.