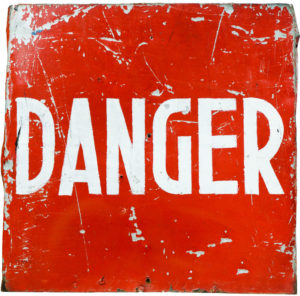 In 1986, in DYFS v. AW, the New Jersey Supreme Court issued a very important decision addressing the views and opinions surrounding underprivileged parents and their ability to provide caring homes for their children.  In that case, the Court examined the unfortunate and sad story of seven children who were constantly being removed from their home and placed into foster care.  The parents both had limited abilities.  The father had been diagnosed with borderline personality disorder and the mother suffered from pronounced limitations that affected her judgment and possibly, her capacity to care for her children.  Moreover, the father struggled financially and the mother was unable to work.

Over the span of nearly a decade, the Division of Youth and Family Services (DYFS) had been constantly in and out of the family’s life.  The Division would regularly receive complaints concerning domestic violence and upon investigating the family, described the home in total disarray and in an appalling condition.  The caseworker further noted that the children appeared to be physically harmed and not developing properly. Consequently, the children were removed from the home on several occasions.

Eventually, the matter proceeded to court and a two-day trial was held to determine whether the parents’ parental rights should be terminated.  The trial court concluded that the children should be reunited with their parents.  It went on to state, the events were beyond the control of the parents and both the parents and children were victims of cultural and financial deprivation.

The Division appealed the decision and our Supreme Court remanded the case back to the trial court. The High Court noted that they shared the concerns of the trial court concerning cultural bias and moreover, acknowledged the impact that poverty may have on a family. Nevertheless, the Court held that it could not avert its eyes from the grave injury that these children had suffered. The Justices further expressed that they were sympathetic to the plight of these parents, who may suffer because of the larger faults of society. Nevertheless, they did not believe that the economic or social circumstances of the parents in this case were the source of their children’s condition. Rather, the harm the child suffered and may continue to experience was due to a fundamental lack of the most precious of all resources, the attention and concern of a caring family.

In its written opinion, the Court focused on the clashing and competing interests of parents and government. To start, the High Court acknowledged that termination of parental rights presents the legal system with an almost insoluble dilemma. The Court emphasized, on the one hand, that the right to conceive and raise one’s children is an essential basic human right. However, on the other hand, it has been recognized that our state is not without constitutional control over parental discretion in dealing with children when their physical or mental health is in jeopardy. As such, a parents’ right to be free from governmental intrusion is not absolute, and the State may intervene to protect minor children from serious physical or emotional harm. In some instances this may require a partial or complete severance of the parent-child relationship.

From there, the Court focused its opinion on the best interest of the child standard and what it means. The Court held, the “best interests” of a child can never mean the better interests of the child. It is not a choice between a home with all the amenities and a simple apartment, or an upbringing with the classics on the bookshelf as opposed to the mass media, or even between parents or providers of vastly unequal skills. Applying that reasoning, the Court ruled,

The best interest standard does not mean comparing what family is “better” and then placing the child or children in that particular home. On the contrary, the best interest of the child standard requires the Division to affirmatively demonstrate that the child at issue will be substantially prejudiced if he or she remains in his current environment.

Stated differently, parents are not to be adjudged unfit because they lack resources or intelligence, but only by reason of conduct detrimental to the physical or mental health of the child.

In sum, what the AW Court was telling us is two things. One, the best of the interest of the child standard is not to be judged by comparing the parents’ home environment against the resource or adoptive home. At least not in the sense of viewing which parent can supply the child with better schooling, more money, more toys, more opportunities. Under that approach, even the most loving and caring parent may lose their child simply because the other side is a wealthy individual with business or political connections.

Second, when judging whether a parents’ rights should be terminated, the focus needs to be on the effort or lack of effort by the parents. It’s not whether the parent is providing the child the perfect home, or enrolling the child in the best schools, or registering the child in top-notch enrichment activities. Rather, it is whether the parents are providing food, proving shelter, proving care, taking their child to school, making efforts to provide out of the classroom activities. If the parent is supplying a caring and loving home, the child should not be removed. Children are therefore not to be removed from their parents absent such a showing of harm.

If you are facing accusations from the Division of Child Protection & Permanency regarding the best interests of your children in New Jersey, we can help. Simply call (908)-356-6900 or request a free consultation online to discuss your case with a DCPP defense lawyer at our firm.