Impoverishment is Not Considered Child Neglect in Itself in New Jersey 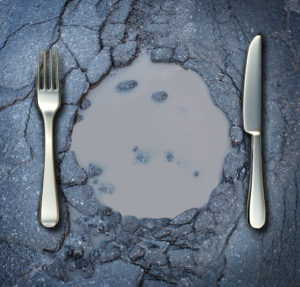 In Doe v. GD, the Appellate Division examined poverty in relation to child abuse and neglect. In GD, the mother, who was 17-years old, had a child out a wedlock and understandably, did not have the financial means to provide for her infant child. Consequently, the Division of Youth and Family Services (DYFS), removed the child from the home and placed her into foster care. A year later, the mother regained custody of her daughter, however, due to the conditions of her home, the child was removed once again and placed into a resource home.

The caseworker for DYFS explained to the Court that the child appeared “filthy” and would be wearing “dirty” clothes. DYFS also provided that the mother has moved several times over the course of 6 months and the child was forced to reside in apartments with other adults and their children. DYFS further expressed that the child did not have a bed of her own and was in poor health.

The trial court determined that the mother received welfare assistance and thus, was financially able to provide at least, minimal shelter. Nevertheless, even if the mother was completely impoverished and without assistances, she would still have a duty to provide adequate shelter. If need be, and as a last resort, the mother could contact the Division for emergency aid. Thus, a fair reading of the abuse and neglect statute would have to mean that neglect may result when a parent fails to provide a minimum degree of shelter for a child necessary to prevent emotional impairment regardless of financial means. As a result, the mother’s failure to do so in this case means she neglected her child.

The mother appealed the decision and the Appellate Division viewed the case differently from the trial court. The Court ruled that the trial judge’s interpretation of the law was wrong. The Justices stated, the existence of substandard, dirty and inadequate sleeping conditions may be unfortunate incidents of property, but they do not establish neglect or abuse. The Appellate Court noted, if we were to accept such an interpretation and approach, it would result in the mass transfer of children from underprivileged and improvised homes to more luxurious and upper-class accommodations. This clearly was not the design of the statute nor the intent of the Legislature.

The Appellate Division also held that it was wrong for the trial court to conclude that the child was neglected or abused because the mother failed to educate or provide her daughter with intellectual stimulation. It is correct that the abuse and neglect statute references education. However, the statute is intended to guard against truancy or other educational inferences. The Court went on to state, “to make such a ruling would be to sanction state intrusion into the personal relationship between parent and child to an intolerable degree and would impermissibly impair the normal prerogatives of parenthood. The statute was never meant to provide governmental monitoring of these intimate details of the parent-child relationship.”

This case is very important because the Court recognized the difference between a less fortunate home and an abusive home. Our Appellate Division was not going to say that a 17-year old mother, through no fault of her own, could not secure the best form of housing, was an abusive or neglectful parent. What makes a parent guilty of abuse or neglect is having the capacity to provide for a child but choosing not to do so. In the GD case, the mother did not have the financial capacity to provide a suitable home, and therefore, did not neglect her child. If the situation was different and GD was gainfully employed and chose to spend her money on personal items, rather than her daughter, then she would be a neglectful parent.

The GD case is important to parents because it established that a parent’s specific acts or omissions, not the parent’s current living situation or financial well-being, will decide whether he or she committed abuse or neglect.

It is sad to say but it is an undeniable truth that our system targets the underprivileged. As such, there are many indigent parents who are unfairly dragged into the system and are forced to litigate cases for months and months at a time, all the while, fearing that they may lose their children. Fortunately, the trial judge in GD recognized the impact poverty has on individuals and refused to find the mother at fault. In addition, our Supreme Court upheld the trial judge’s conclusion and established an important precedent protecting indigent parents.

Can DYFS Take Your Children for Being Poor?

Under New Jersey law, simply because a parent cannot afford suitable housing or proper clothing, does not necessarily mean that individual is guilty of abuse or neglect. For instance, if an unemployed parent cannot afford food for his or her child, the parent did not commit an act of abuse or neglect. However, if a wealthy individual, who has more than enough money to buy food, clothing, and shelter for the child, but chooses not to do so, that person is guilty of abuse and neglect. It is the act of not caring for the child and not providing a minimum degree of support, when the person is cable of doings so, that makes the conduct wrong and the parent culpable.

If you have questions about how your financial situation may impact the outcome of a child protective services investigation in New Jersey, contact us today at (908)-356-6900 to speak with an attorney who can advise you based on your unique circumstances. Consultations are entirely confidential and provided free of charge.