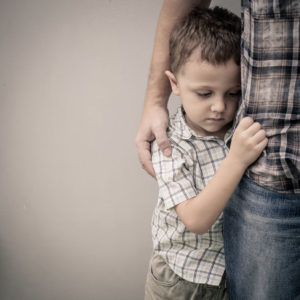 In the seminal case of In re DT, the child welfare landscape was changed and not surprisingly, in favor of the Division. The DT case highlights the difficulties and at times, injustices, many parents face when they are forced to litigate cases against DCP&P. In this case, the parents left their daughter with her aunt and uncle during the day while they went to work. After work, the parents picked up their child and then went to a friend’s house. The next day, the parents repeated the same routine and dropped off their child at her aunt and uncle’s home. Also, there was the child’s cousin. Shortly after the child was dropped off, the aunt noticed that the child was feverish, so she called her physician. Later in the afternoon, the doctor examined the child and discovered bruising and swelling within her vagina. Consequently, the doctor contacted DYFS and a joint investigation was performed by both DYFS and the Prosecutor’s Office.

The following day, another examination was performed, and the doctor opined that the child was sexually abused, and the abuse likely occurred with the past 24 hours. Thus, the possible suspects were parents, aunt and uncle, the friend, and the child’s cousin, given the fact that they were the only people who had any form of contact with the child. The doctor also reported that the child tested positive for chlamydia. The parents were subsequently tested and both tested negative for that disease. Therefore, it seems very apparent that neither parent abused their child.

Nevertheless, the Division filed action against the parents and a four-day hearing was held to determine whether the parents abused their child. The trial judge concluded that the child was in fact sexually assaulted, however, the proofs submitted by the Division were insufficient to establish that either parent committed or allowed any acts of abuse.

The abuse and neglect statute was passed to protect children from harm and when the Division shows the child was in fact harmed or placed in harm’s way, and the parents had custody and control over the child during the time period when the harm or exposure occurred, the Division has satisfied its burden of proof.

The Court also relied upon a civil doctrine known as res ipsa loquitur, which is a latin phrase that means the matter speaks for itself. The doctrine is generally utilized in civil negligence cases when there is an unexplained accident. The principal is premised upon the assertion that the occurrence of an accident implies negligence. In those type of matters, the plaintiff’s burden of proof is met if he or she can show that the incident was of a type that does not generally happen without negligence, and it was caused by an instrumentality solely in defendant’s control. At that point, once all the elements are met, the burden shifts to the defendant to disprove the claims.

Following that accepted civil principal, the Court applied it to the current set of facts. It held that the abuse indeed occurred, and there were a limited number of persons who had access to the child, thus, the burden should shift to the parents to come forward in order to show they are not culpable. Accordingly, the Appellate Court reversed the lower court’s decision and sent the case back for another trial.

Unfortunately for many parents, the DT case presents a nearly impossible mountain to overcome. As a general rule, the State has the burden of proof and must show not only that an act of abuse or neglect occurred, but must also prove that the parents are culpable. For example, if the State decided to the prosecute the parents and accused the father of assaulting his daughter, it is unquestionable that the prosecutor’s office would have to show that the father was the individual who committed the offense. The State could not simply say to the jury, the child was abused and unless you hear evidence that the father did not do it, you can convict him. However, after the DT ruling, the Division is permitted to do just that.

The Division only has to show abuse and from there, it is up to the parents to prove their innocence. Moreover, this burden shifting doctrine is not limited to sexual assault cases. It is also utilized when a child suffers an unexplained injury. For instance, if the child returns home from school or daycare and has a bone fracture, DCP&P only has to show that the child was injured and the injury was not the result of an accident. At that point, the burden will move to the parents to prove they did nothing wrong. This can be an unattainable task for many, especially when the child is very young and cannot articulate what actually occurred. On top of that, most child welfare cases, especially ones concerning sexual abuse, are coupled with criminal prosecution. As such, many parents fear testifying at their DCP&P trial because it’s possible that it will be utilized by the prosecutor’s office in the criminal matter.

DCPP Caseworker Said Your Child was Exposed to Harm in New Jersey?

Facing allegations from the Department of Children and Families, Division of Child Protection & Permanency can be an uphill battle with the potential to cause serious disruption of the relationship between you and your child. When a caseworker becomes involved in your case, whether you are accused of directly harming your child in some way or simply neglecting the child to the extent that they were exposed to harm while under your care and supervision, the outcome of the investigation can be devastating. But take heart. You have rights and the ability to retain counsel from an experienced DCPP defense attorney. Discuss your specific situation with a lawyer at our firm today by calling (908)-356-6900 or contacting us online. A member of our DYFS legal team is available to discuss your best defense anytime.

Doctors and Medical Records in Your NJ DCPP Case