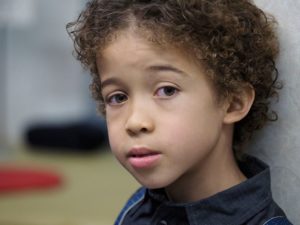 National Adoption Day, which recently fell on November 17, 2017, resulted in the finalization of many adoptions across New Jersey. In Union County alone, the family court completed the adoptions of nine children at the Union County courthouse in Elizabeth, NJ. Some of the children adopted had been previously placed in resource homes by child protective services. In fact, according to the Division of Child Protection and Permanency (“DCP&P”), formerly the Division of Youth and Family Services, there are currently around 6,000 children in foster care in New Jersey. Moreover, it is anticipated that 900 children will be adopted during the course of 2017.

Oftentimes, the children adopted during National Adoption Day have been living with their resource parents as the result of a removal by the Division of Child Protection and Permanency (“DCP&P”). However, the road to adoption is generally a long one. Typically, when a child is removed from the custody of their biological parents, the parents have at least 12 months to remediate the issues that caused the child’s removal in the first place. After the first 12 months, DCP&P will usually present the permanency plan of termination of parental rights to the family court – unless there is a compelling reason to grant an extension. After approval of that plan, DYFS will file a Guardianship Complaint within approximately 42 days of approval of the plan. After that point, there will be approximately six additional months of litigation while the parties prepare for a Guardianship Trial in which the court will determine whether DCP&P has proven by clear and convincing evidence that the parents’ rights should be terminated. If the court does terminate parental rights, the adoption still is not finalized, and the family court will continue to monitor the child’s placement until the court enters a Judgement of Adoption. However, the parents will no longer have parental rights at that point.

When DCP&P files a Verified Complaint for Custody, the stakes are extremely high and the clock starts ticking toward termination of parental rights. The underlying reason for the 12-month timeframe is that the American Safe Families Act and New Jersey child welfare law both recognize a child’s right to live in a safe, stable, and permanent home. In fact, any child named on a complaint filed by DCP&P, whether a Complaint for Custody or a Complaint for Care and Supervision, will be appointed a Law Guardian who will advocate for the child’s rights. And, believe it or not, the law is not nearly as simple as “a child should be with his or her parents.” It is usually far more complicated.

If you are named as a defendant by child protective services on a Complaint of Custody filed in the New Jersey Superior Court, Family Part, you should not hesitate to speak with the experienced DCP&P defense attorneys at the Tormey Law Firm to learn about your rights and what can be done to get your child back in your care. Contact us anytime to discuss your options.