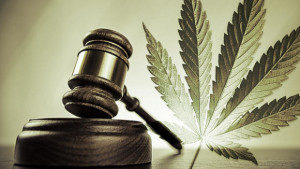 In a recent unpublished decision, the New Jersey Superior Court, Appellate Division held that the occasional use of marijuana by a parent does not automatically equate with child abuse and neglect under Title 9.

There was evidence in this case that the mother used marijuana while she was pregnant in order to help her deal with anxiety and increased appetite. This resulted in her child testing positive for marijuana at birth. However, the child did not manifest any medical or developmental issues as a result of the mother’s marijuana use. Her other child, a four-year-old girl, was also checked out by medical officials and found to be healthy and well.

At the time of the second child’s birth, hospital workers notified the Division of Child Protection and Permanency (“DCP&P”), which resulted in the Division monitoring the family, requiring that the mother attend drug counseling, and filing a Complaint for Care and Supervision pursuant to N.J.S.A. 30:4C-12.

During trial, the judge found that the mother abused and neglected her children because the mother was using marijuana and had not complied with substance abuse treatment. However, the appellate court did not agree with this ruling. The appellate court cited published case law and noted that in the absence of a showing of a particularized risk of harm or a specific actual harm, a trial court cannot infer or fill in any gaps to determine that the occasional use of marijuana by a parent necessarily harms a child or places the child at risk of harm. The court further noted that “a failure to successfully defeat drug addiction does not automatically equate to child abuse or neglect.” N.J. Div. of Youth & Family Servs. v. V.T., 423 N.J. Super. 320, 331 (App. Div. 2011). Thus, the appellate court reversed the trial court’s decision and ordered that the mother’s name be removed from the Child Abuse Central Registry.

This case reminds us that anytime there is an allegation of child abuse or neglect in New Jersey, the totality of the circumstances controls whether a child has actually been abused or neglected. Fortunately for the mother in this case, the appellate court assessed the totality of the circumstances and appreciated that the children did not directly suffer in any way due to their mother’s use of an illegal drug. In other words: the court acknowledged that a mother’s use of marijuana does not necessarily translate into a particularized harm or risk to her children.

Having an experienced DCP&P defense lawyer on your side for a child abuse and neglect case or a child welfare concern case can make all the difference and ensure that a solid defense is presented to the court. At the Tormey Law Firm, our DCP&P defense team is poised to provide a thorough and comprehensive defense and help get DYFS out of your family’s life as soon as possible. If DCP&P is involved with your family, whether it’s for an investigation or for litigation, don’t hesitate to contact the Tormey Law Firm.