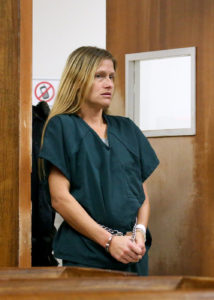 The New Jersey mother who was allegedly high and passed out in the car where her daughter passed away is now being charged with reckless manslaughter. According to the complaint filed by the New Jersey State Police, the suspect has been charged with recklessly causing the death of her two-year-old daughter by “snorting narcotics and losing consciousness, which rendered her incapable of caring” for her daughter. Specifically, the complaint states that the child “died of positional asphyxiation in her car seat while in the sole custody” of her mother. Toxicology reports allegedly show that the mother had controlled dangerous substances (CDS) in her system on the day the child died. This tragic case unfolded as the result of the mother allegedly buying drugs, ingesting them, and then passing out behind the wheel – all while her young daughter was in her car seat. After authorities found the child, attempts to revive the kid were unsuccessful. Sadly, the child could not breath properly because of the position she was in and she eventually suffocated to death.

Because this case involves a child death, the matter will be referred to the Division of Child Protection and Permanency (“DCP&P”), formerly known as the Division of Youth and Family Services (“DYFS”), for a separate investigation into whether the mother perpetrated child abuse or neglect under Title 9, N.J.S.A. 9:6-8.21, et seq. Additionally, the matter will eventually be reviewed by the New Jersey Child Fatality and Near Fatality Review Board (CFNFRB). The child fatality review board operates in the Department of Children and Families and was established by the New Jersey Comprehensive Child Abuse Prevention and Treatment Act (CCAPTA). The fatality review board’s purpose is to review child fatalities in New Jersey in order to identify causation, relationship to governmental support systems, and methods of prevention. In other words, the child fatality review board does not conduct a child abuse investigation but, rather, assesses systemic protocols and procedures to identify potential improvements to prevent future child deaths. The Board’s review will take place after DCP&P completes an investigation and after medical experts complete an autopsy of the victim.

In the course of any DYFS investigation, the objective is to determine, by a preponderance of the evidence (or “more likely than not”), whether child abuse or neglect occurred at the hands of a parent or guardian. There are four potential investigative outcomes, or “investigative findings,” of a DCP&P investigation: substantiated, established, not established, or unfounded. Each of these four findings can result in varying consequences that have different impacts on the person being investigated and on how DCP&P maintains a record of the investigation. The bottom line is that a “substantiated” finding will be maintained by the Division’s Central Registry and will be disclosed to certain third parties upon a Child Abuse Registry Check.

It is extremely important to consult with an experienced New Jersey DYFS defense attorney at the Tormey Law Firm if you are being investigated by DCP&P because the investigative finding can have an impact that lasts the rest of your life. If you or a loved one is being investigated by the Division, the New Jersey DCP&P defense lawyers at the Tormey Law Firm are always available to discuss your matter – don’t hesitate to call us.