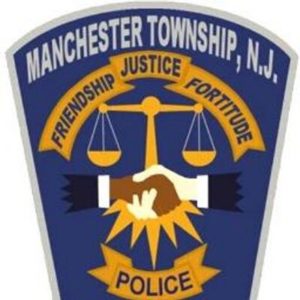 A New Jersey couple was recently charged with child abuse after police allegedly found heroin in the family’s car along with the couple’s five-year-old daughter.

During an investigation into a series of suspicious vehicles located in Manchester, NJ, investigators from the Narcotics Enforcement Unit reportedly observed suspicious behavior between occupants of two vehicles. After initiating a traffic stop, the officers reportedly learned about a drug sale between the occupants. In one car, a mother and father were reportedly found in possession of 21 bags of heroin, a fentanyl transdermal patch, and drug paraphernalia. Additionally, the couple’s five-year-old daughter was reportedly in the car.

As a result, Manchester NJ police arrested the mother and father at the scene. The mother was charged with possession of heroin, possession of drug paraphernalia, loitering for the purpose to buy or sell narcotics, hindering apprehension with false information, failure to surrender evidence, and child abuse and neglect. The father faces similar criminal charges.

Moreover, Manchester police called the Division of Child Protection and Permanency (“DCP&P”), formerly known as the Division of Youth and Family Services (“DYFS”). Fortunately, a safe and appropriate family member responded to the scene to take custody of the child. Now the Division will conduct an investigation as to whether the child was abused or neglected.

In this case, DCP&P received a referral from the police regarding the events. The Division is required by law to initiate an investigation and interview the child and the child’s parents to determine if the child was abused or neglected pursuant to the child abuse and neglect laws under Title 9, as opposed to the provisions of the criminal code. In other words, although the police have issued criminal child abuse and neglect charges, DCP&P is obligated to conduct a separate and independent investigation to determine whether there was a “substantiated” or “established” event of child abuse or neglect.

If you or a loved one is being investigated by DYFS or if you have reason to believe that a DCP&P investigation into your family is about to occur, you will be required to cooperate. In fact, if you flat out refuse to cooperate, DCP&P will take you to court and file an Order to Investigate. However, you don’t have to face the investigation on your own. The New Jersey DCP&P defense attorneys at the Tormey Law Firm are available to explain all aspects of New Jersey’s child abuse and neglect laws and represent you during every step of the investigation.