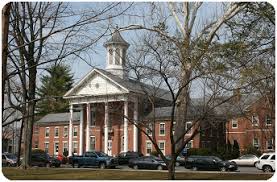 A man was recently arrested after reportedly threatening to shoot a judge at the Warren County Courthouse in Belvidere, New Jersey. Nelson Martinez called the courthouse just after 10 a.m. and said that he was going to shoot a judge in 44 minutes, according to Warren County Sheriff James J. McDonald. Consequently, the courthouse and nearby schools were immediately put on lockdown.

The report further adds that this was not the first threat Mr. Martinez made. Allegedly a threat was made to his son’s mother, as well as to the Department of Child Protection and Permanency (DCPP). Mr. Martinez also allegedly threatened the Warren County State Judiciary Offices and the Phillipsburg Police Department. Further, he reportedly threatened to kill several other individuals and himself.

Threatening to shoot or kill someone is a very serious offense. Mr. Martinez will likely be charged with terroristic threats. Many people believe that making terroristic threats is a crime that refers to threats of terrorism. However, the NJ criminal statute was written to address threats aimed at placing people in fear for their lives. The law reads as follows:

A person is guilty of a crime of the third degree if he threatens to commit any crime of violence with the purpose to terrorize another or to cause evacuation of a building, place of assembly, or facility of public transportation, or otherwise to cause serious public inconvenience, or in reckless disregard of the risk of causing such terror or inconvenience. A violation of this subsection is a crime of the second degree if it occurs during a declared period of national, State or county emergency. The actor shall be strictly liable upon proof that the crime occurred, in fact, during a declared period of national, State or county emergency. It shall not be a defense that the actor did not know that there was a declared period of emergency at the time the crime occurred.

A person is guilty of a crime of the third degree if he threatens to kill another with the purpose to put him in imminent fear of death under circumstances reasonably causing the victim to believe the immediacy of the threat and the likelihood that it will be carried out.