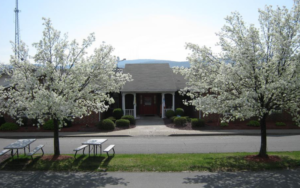 In Hanover Township, authorities are investigating the death of a 4-month-old boy who died six weeks after he suffered a respiratory emergency while at a child care center. The infant, Marcus Eng, born Oct. 31st, suffered a “medical emergency” on Feb. 8th as he was being cared for by the staff of KinderCare on Whippany Road in Hanover Township. Paramedics responded to the scene and transported the infant to Morristown Medical Center, where he was treated until his death at 3:35 p.m. on March 23rd.

Attorney Harris S. Feldman, who represents the parents, said he learned the infant was positioned face down for a period of time at the center, with a pillow under his stomach. He suffered a massive brain injury due to a lack of oxygen, Feldman said. Mr. Feldman also stated the parents are awaiting the investigation results and a determination by the Morris County Medical Examiner’s Office on cause of death. The parents want answers and accountability, Feldman further said. “At the end of the day we want whoever is responsible held accountable. Right now we don’t have all the facts. I think any human being or parent would not expect this sort of thing to happen in a day care facility,” Feldman said.

Hanover Police Chief Mark Roddy confirmed the death is under investigation but referred questions to the Morris County Prosecutor’s Office. Peter DiGennaro, spokesman for the prosecutor’s office, said the investigation is ongoing and no criminal charges have been filed.

The Whippany KinderCare, which provides day care, preschool and early education programs, is one of 1,600 such for-profit facilities in the country. KinderCare Learning Centers opened in 1969 with corporate offices in Oregon. Whippany’s center is headed by Alicia Solomon, who referred questions to corporate officials.

KinderCare’s corporate office issued a statement Friday: “We are devastated at the passing of Marcus Eng on March 23, 2018. The loss of a child is tragic and our hearts and thoughts continue to be with his family.”

“KinderCare has been cooperating fully with the police and child protective services throughout their ongoing investigations. Out of respect for the people involved, we do not disclose details about active investigations,” the statement reads.

A spokesman for the state Department of Children and Families, which licenses day care centers that supervise six or more children under the age of 13, has not immediately responded to a request for comment.

Maria Hughes, a board member for the New Jersey Child Care Association, said every child placed in a day care center needs clearance from a pediatrician that he or she is healthy and ready for placement.

For this tragic case, in addition to the Prosecutor’s Office, the Institutional Abuse Investigation Unit (IAIU) should also be investigating the matter. The IAIU is a child protective service unit that investigates allegations of child abuse and neglect in out-of-home settings such as foster homes, residential centers, schools, detention centers, and day care centers like KinderCare. The investigative staff is obligated to respond to allegations of institutional child abuse/neglect in their assigned region. After the investigation is completed, a final report is issued within 60 days of the initial report. Each appropriate entity is notified of the findings of the investigation to enhance its ability to promote safety for the children in care, and minimize the likelihood of future child maltreatment in the setting.

The IAIU final report results in four possible findings: (1) substantiated, (2) established, (3) not-established, and (4) unfounded. A substantial finding occurs when the IAUI concludes, by a preponderance of the evidence, that a child or children were abused or neglected and there is an aggravating circumstances present such as the death of child, a minor was subjected to sexual abuse, a child was hospitalized, or there are repeated instances of abuse or neglect. An established finding occurs when the agency concludes there was abuse or neglect but there are no aggravating circumstances A finding of not established is found when IAUI determines that there is insufficient evidence to show abuse of neglect, however, there is evidence that a child or children were harmed. Lastly, a finding of unfounded is reported when there is no evidence of abuse or neglect and no evidence of harm to the child.

If you are being investigated by the IAUI or the Department of Children and Families in New Jersey, it is crucial to enlist a knowledgeable legal professional who can advise you about these proceedings. Our experienced attorneys can help you deal with allegations of child abuse or neglect in Morristown, Hanover, East Hanover, Whippany, Dover, or elsewhere in Morris County NJ. Contact (908)-356-6900 to speak with a DCPP attorney about your specific situation free of charge.

« Camden County Investigation of Child's Death May Lead to Criminal Charges
Do I have to pay child support if I'm unemployed? »