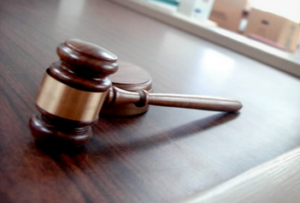 A New Jersey man was recently arrested and charged with driving while intoxicated (DWI) with a minor in the vehicle after a single-car accident in a diner parking lot in Mays Landing, NJ. The suspect was driving his car at about 10:35 p.m. when he reportedly crashed the vehicle, causing the vehicle to catch fire. Although the suspect’s child was not restrained in a car seat, Mays Landing police reported that the child did not suffer any injuries and that the fire was quickly extinguished.

The incident resulted in charges for driving while intoxicated with a minor passenger, possession of heroin, and possession of drug paraphernalia. However, since the investigation in ongoing, additional charges may be filed. Several agencies assisted with the emergency response and investigation: the Hamilton Township Police Department, the Mays Landing Fire Department, the Hamilton Township Rescue Squad, the Ocean City Police Department, and the Division of Child Protection and Permanency (“DCP&P”), formerly known as the Division of Youth and Family Services (“DYFS”).

In addition to the general traffic offense of driving while intoxicated (DWI) or driving under the influence (DUI), a DWI with a child in the car is a separate criminal offense. Specifically, pursuant to R.S. 39:4-50.15(b), a parent or guardian who is convicted of driving while intoxicated or driving under the influence and who at the time of the violation has a minor as a passenger in the motor vehicle is guilty of a disorderly persons offense which is punishable by up to six months in jail and a fine of up to $1,000, in addition to the penalties for the underlying DWI/DUI offense.

The Division’s investigation may result in an investigative finding of “substantiated” or “established” – findings that indicate that the child was abused or neglected pursuant to Title 9. Beyond that, the Division may file a complaint for custody or care and supervision of the child in the New Jersey Superior Court, Family Part.

The bottom line is that a DWI with a child in the car can result in criminal consequences and extensive involvement of DCP&P with your family. Fortunately, the experienced New Jersey DCP&P defense attorneys at the Tormey Law Firm are available to help you during this difficult time. We are thoroughly familiar with DCP&P matters and can defend you against the Division, whether the case is just getting started at the investigation stage or the case is already in court as the result of a complaint for custody or care and supervision.