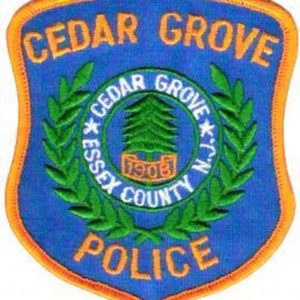 Cedar Grove police officers, paramedics, and concerned adults recently saved a five-year-old boy from drowning in Cedar Grove, New Jersey. Officer John Smigelsky of the Cedar Grove Police Department responded, along with members of the Cedar Grove Ambulance and Rescue Squad, to a local residence upon a report of a young boy who was found at the bottom of a pool. According to reports, the boy’s face had already turned blue and he was not breathing when police and emergency medical personnel arrived. Fortunately, family members had initiated CPR and the boy began to breathe again after Officer Smigelsky continued the resuscitation efforts. According to Cedar Grove Police Chief Joseph Cirasa, the boy was later transported to St. Joseph’s Regional Medical Center in Paterson NJ and monitored for a couple of days before being released with an expected “100 percent” recovery.

Situations like this often involve legal consequences. That’s because child drownings and near child drownings in New Jersey can trigger the involvement of the Division of Child Protection and Permanency (“DCP&P”), formerly known as the Division of Youth and Family Services (“DYFS”), to determine whether any parent, guardian, or caretaker was responsible for watching the child involved in the incident and whether any parental neglect contributed to the circumstances. In fact, Title 9 defines “abused or neglected child” as a child less than 18 years of age and whose physical, mental, or emotional condition has been impaired or is in imminent danger of becoming impaired as the result of the failure of his parent or guardian to exercise a minimum degree of care (a) in supplying the child with adequate food, clothing, shelter, education, medical, or surgical care though financially able to do so or though offered financial or other reasonable means to do so, or (b) in providing the child with proper supervision or guardianship, by unreasonably inflicting or allowing to be inflicted harm, or substantial risk thereof, including the infliction of excessive corporal punishment; or by any other acts of a similarly serious nature requiring the aid of the court.

The bottom line is that a substantiated finding by DCP&P will be recorded in the Division’s Central Registry and will be disclosed to certain third parties upon a Child Abuse Registry Check. Thus, if you are being investigation by DCP&P, it is extremely important to consult with an experienced DYFS defense attorney because the investigative finding can potentially affect you for the rest of your life. If you or a loved one is being investigated by DCP&P, the Tormey Law Firm is available 24/7 to discuss your case and to help during this overwhelming time.