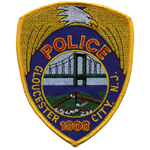 A teen girl has been accused of child neglect after she allegedly overdosed on illegal narcotics and crashed her car in Gloucester City, New Jersey.

The DUI crash occurred on Interstate 76 in Gloucester City, NJ. According to authorities, the driver of the car was a 17-year-old female, while a 19-year-old Delanco Township man was also riding in the front seat as a passenger and a five-year-old child was riding in the backseat.

After the DUI accident, New Jersey State troopers and paramedics were called to the scene. They found the driver and the passenger unconscious inside the mangled car and administered Narcan, an anti-overdose drug, in order to revive them.

The teen motorist was later charged with child endangerment and other offenses. It is also possible that she will face juvenile crime charges because of her status as a minor.

Law enforcement also notified the DCP&P, formerly known as DYFS, about the situation. It is likely that the DCP&P will launch an investigation into the incident because it involved possible child neglect.

To learn more about this case, read the NJ.com article, “Driver Accused of ODing, Crashing Car with Kid Aboard Is 17-Year-Old Girl.”