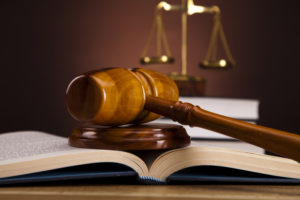 The Division of Child Protection and Permanency (“DCP&P”), formerly known as DYFS, oftentimes becomes involved with families that are going through the divorce process or are embroiled in a custody dispute.  In fact, sometimes one parent will accuse the other parent of child abuse or neglect in an attempt to prevent the other parent from having custody of their children.  Those circumstances are never easy and can be very stressful to manage because custody disputes are difficult enough on their own, let alone being further complicated by a DCP&P investigation.  If you are getting divorced or you are fighting for custody of your children and DCP&P is now investigating you as the result of an allegation of child abuse or neglect, contact the experienced DCP&P defense attorneys at our firm to discuss your situation.

One of our attorneys, Brent DiMarco, has literally handled hundreds of DCP&P investigations and cases during his career. In fact, before joining our firm in 2018 to run the DCP&P department, he worked at two of the largest DYFS defense firms in the State of New Jersey. If you need assistance with a DCP&P case in Bergen County including in Mahwah, Lodi, Lyndhurst, or North Arlington, contact our Hackensack offices now for a free initial consultation at (908)-356-6900.

Here is a review from one of our many satisfied DCPP (DYFS) clients:

“Exceptional Attorney”
5.0 stars
Posted by anonymous
“I hired the firm after a horrible run in with DCFS. I hired him and he truly is the reason I came out of this mess intact. He took care of all of my concerns, explained everything regarding my case that I did not understand and he put my anxiety and nerves at ease. He was calm, cordial, professional but at the same time made me feel like a friend. I could not be more pleased with the results of my now CLOSED case. For anyone looking for an attorney to handle their case I highly recommend hiring them.”

Custody Battles and Child Abuse Allegations – When DCP&P Gets Involved

There are a couple different possible scenarios in which DCP&P may become involved in custody battles.  Either the Judge who is handling the divorce or custody case will request a risk assessment or best interests evaluation to aid the court in deciding which parent should have custody, or one parent accuses the other of child abuse or neglect.   If the Judge requests a risk assessment, DCP&P generally will not advocate for one parent to have custody over the other but, rather, will conduct an evaluation to see if a parent poses a risk of harm to a child.  That is, the Division will not “take sides,” per se, for one parent or the other but only attempt to determine whether or not a child will be harmed or placed at risk of harm in the care of their parent.  The Judge will make the ultimate custody determination.

On the other hand, if one parent alleges that the other parent perpetrated child abuse or neglect, the Division will conduct a full investigation to determine whether or not child abuse or neglect in fact occurred.  As with all investigations conducted by DCP&P, the Division will code the allegation as either a child protective services, child welfare, or related information case and then respond accordingly.  There will be interviews of the alleged child victim, an interview of the alleged perpetrator, and possibly an assessment of the child’s medical and educational wellbeing.  The bottom line is that a comprehensive and intrusive investigation will take place if one parent alleges that the other engaged in child abuse or neglect.

Divorces and custody battles are hard enough – on the children and the parents – and if DCP&P gets thrown into the mix, the case will undoubtedly become more stressful.  If you have been accused of child abuse or neglect and you are currently in the midst of a divorce or child custody case, you should not go through it alone.  Fortunately, the DYFS defense lawyers at our firm can help you through this difficult time by not only explaining the investigation process to you but also by defending you while you are being investigated.  No matter your situation, if DCP&P is investigating you due to an allegation of child abuse or neglect, contact the knowledgeable DYFS defense lawyers at our offices today.