Child Abuse Allegations and the Divorce Process in New Jersey 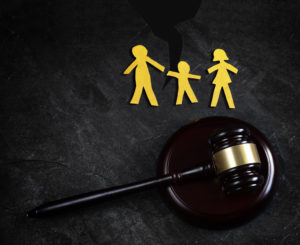 New Jersey’s Division of Child Protection and Permanency (DCPP) unfortunately becomes involved in many contentious divorce proceedings and child custody disputes. One parent can report another part to DCPP, making any number of abuse or other misconduct allegations, whether those allegations have merit or not. These allegations can have a number of negative effects on the other parent, and potentially, on the child or children involved. Below our experienced New Jersey Divorce and DCPP Attorneys explain how DCPP can play a role in divorce and child custody disputes. If your ex-spouse has accused you of abuse or neglect during a divorce, or DCPP got involved in your divorce case, contact us at (908)-356-6900 for a free consultation. A knowledgeable lawyer is available now to discuss your case and explain your legal options.

How DCPP Becomes Involved in the Divorce Process in New Jersey

Formerly known as New Jersey’s Division of Youth and Family Services, DCPP is the state agency tasked with protecting children from neglect and abuse. The state relies on DCPP to investigate child domestic abuse and report evidence of abuse or neglect to county prosecutor’s offices. DCPP does not make arrests, instead relying on law enforcement to arrest allegedly abusive parents and file charges, but it can separate children from parents suspected of neglect or abuse.

DCPP can get involved in contentious divorce proceedings or custody battles if one spouse reports another spouse. DCPP must investigate reports of domestic abuse and reports of parents neglecting or otherwise mistreating their children. The agency thus cannot simply ignore a report of abuse or neglect just because an accused parent explains that their spouse is lobbing exaggerated or false accusations due to a nasty divorce. They must investigate, and the outcomes of a DCPP investigation can have a significant impact on multiple elements of a divorce case.

There are several types of false accusations that can be made during heated divorce proceedings, although making these false reports can subject the person making them to criminal liability. An angry spouse or former spouse fighting for custody may claim that you are on drugs and thus cannot care for your child. They may claim that you have been physically abusive or sexually abused your child. They may claim that you forget to provide you child with food or clothing or leave them unattended for long periods of time, constituting neglect. DCPP may take a number of steps in response to these accusations. The agency may ask you to sit down for an interview. DCPP may even subject you to drug testing, regardless of how humiliating that may be for you. And DCPP may also ask you to submit to a psychological assessment to help the agency determine if the accusations made against you are true.

Child abuse allegations affect the whole family, especially in divorce. In particular, child abuse will affect custody. The judge will consider many factors when deciding on custody, and abuse or neglect allegations are at the top of that list. If the allegations are supported by signs of physical trauma, psychological problems such as parental alienation, poor social bonds, or aggressive behavior, custody is likely to be a disputed issue in the divorce. Accusations of child abuse can impact your custody rights and other aspects of your divorce, including the amount or duration of alimony payments. Because custody will affect parenting time and child support, it is easy to how disruptive a child abuse allegation can be to a divorce case.

A DCPP investigation, particularly one based on false or exaggerated reports or accusations from an angry spouse, can embarrass you publicly, in your circle of friends, at work or school, or, even worse, in the context of criminal proceedings. Courts may examine your interactions with DCPP in drawing up their orders regarding custody and parenting time. Given the potential severity of a DCPP investigation’s impact on the outcome of your divorce, you need to consult an experienced lawyer who can assist with both aspects of your case. Call (908)-356-6900 and we will help you sort out the implications of the investigation on your divorce or custody proceedings. Our attorneys will aggressively defend you against child abuse or neglect accusations in divorce and DFYS proceedings.

« How Can an Attorney Help Me Regain Custody?
Relocating for Your Child’s Safety »