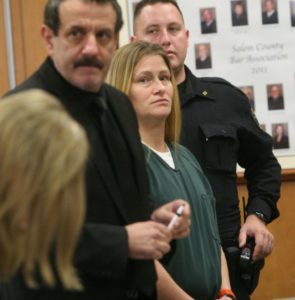 A New Jersey mother who was accused of being under the influence of drugs in the front seat of her car while her child was in the backseat suffocating to death recently pleaded guilty to manslaughter as a result of her child’s death. In this tragic case, the allegations included that the mother left her car parked and running for hours while she was high on drugs and her child was strapped into a car seat in the back seat. According to court documents, the child’s father found the mother passed out in the driver’s seat at the end of the driveway and their child, who had passed away, in a car seat. An autopsy determined that the child died of positional asphyxia – a condition in which a person’s breathing is obstructed because of the way their body is positioned. As a result of the plea, the mother faces up to 15 years in prison.

In addition to the criminal consequences of this case, the mother also has likely been substantiated by the Division of Child Protection and Permanency (DCP&P), formerly known as the Division of Youth and Family Services (DYFS), for child abuse. After a DCP&P investigation, there are four possible investigative outcomes: substantiated, established, not established, and unfounded. A SUBSTANTIATED finding, which is the result of abuse or neglect with aggravating factors, is recorded and maintained by the Division and will be disclosed to third parties after inquiries from certain prospective employers or adoption agencies. After a substantiated finding, the Division will most likely require that you comply with services to remedy the issues that caused the abuse or neglect. The Division may also restrict your access to your children by proposing a safety protection plan or by filing a complaint in family court. An ESTABLISHED finding, which is the result of abuse or neglect with mitigating factors, is maintained by the Division internally and will not be disclosed to any third parties. However, the Division will retain a record of the established finding and refer to the related records if your family becomes involved with DCP&P again. A NOT ESTABLISHED finding is the result of no abuse or neglect but with other concerns related to the welfare of your child. Finally, an UNFOUNDED finding is the result of no abuse or neglect and no concerns at all, essentially meaning that there was a bogus complaint.

In any event, any level of DCP&P involvement with your family can be a very stressful time. If DYFS knocks on your door, you will want to speak with an experienced DCP&P defense attorney who can help guide you through the complicated process. At the Tormey Law Firm, we have helped families across New Jersey deal will DCP&P and we are available 24/7 to help you or your loved one. Contact us today.